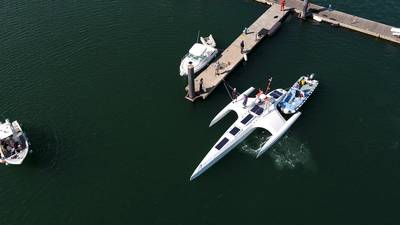 The Mayflower Autonomous Ship which is set to self-navigate across the Atlantic autonomously in Spring 2021, will be fitted with the new Valeport uvSVX and a Valeport Altimeter to provide underwater depth data.

Sailing from Plymouth, UK, to Plymouth, USA, the Mayflower Autonomous Ship (MAS) will trace the route of the original 1620 Mayflower to commemorate the 400th anniversary of the voyage, but in this case with no humans onboard, making it one of the first full-sized, fully autonomous vessels to cross the Atlantic.

Marine research organization, ProMare is leading the development of the MAS.  Throughout the 3220-mile journey the MAS will function as a science laboratory and Valeport’s uvSVX and VA500 Altimeter will be used to enhance the operational capability of the MAS.  The MAS will also be one of the first applications for Valeport’s new compact and lightweight SVP profiler, the uvSVX. Fitted through the hull of the MAS the uvSVX features Valeport’s Sound Velocity, Temperature and Depth technology and delivers salinity, conductivity and density data, along with SVP as standard.  The new uvSVX has been designed specifically for vehicles where space is a premium and high accuracy is assured with the addition of Valeport’s interchangeable pressure module that allows users to maximize operational specific depth requirements.

Powered by hybrid wind, solar and diesel propulsion system, the MAS vessel will carry research pods for sensors and scientific instrumentation. Scientists coordinated by ProMare, with support from IBM, will use the data from the research pods to advance understanding in several areas including: maritime cyber security, marine mammal monitoring, sea level mapping and ocean plastics. 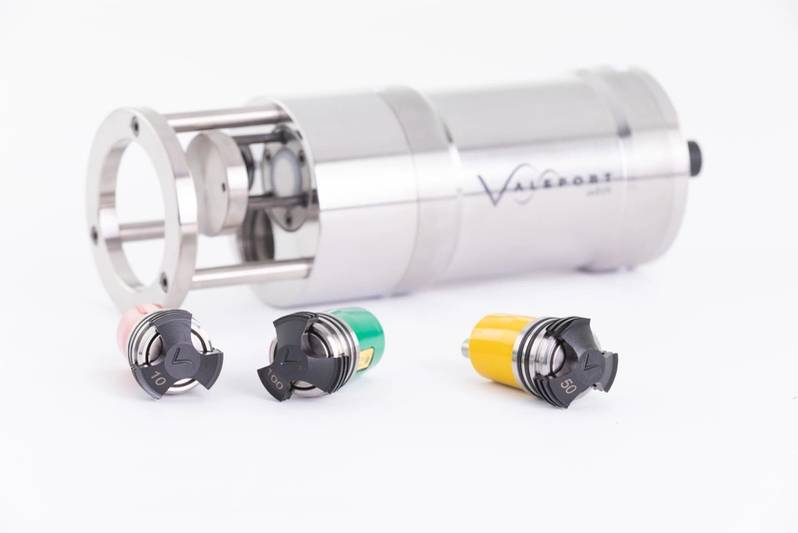 "We’ve worked with Valeport for many years, integrating their equipment onto our marine vehicles, and when it comes to the Mayflower Autonomous Ship, we prize reliability, precision, low power and exemplary data above all else, and the uvSVX and VA500 Altimeter provide exactly what we need to safely navigate and enable great science at sea," said Brett Phaneuf, MAS project director.

The original Mayflower travelled at a maximum speed of around 2.5 knots and took more than two months to reach its destination, landing in Plymouth Massachusetts on 21 December 1620. The modern, upgraded autonomous Mayflower travels at up to 15 knots and should arrive in less than two weeks.

“With sensor technology guiding the MAS decision making, this is an exciting demonstration of autonomous seafaring technology and we are immensely proud that our instruments are involved in the project,” said Kevin Edwards, Valeport’s Head of Sales.
Valeport has supplied the subsea sector for more than 50 years and continues to innovate and lead the way in the design and manufacture of precision instrumentation for the hydrographic and oceanographic communities. 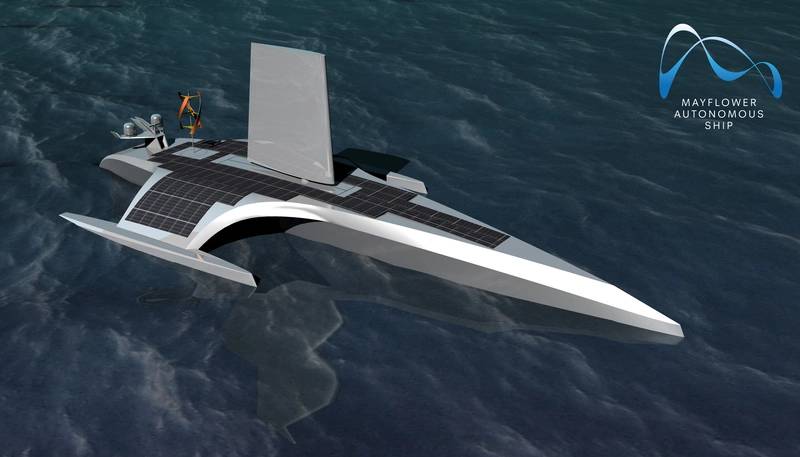