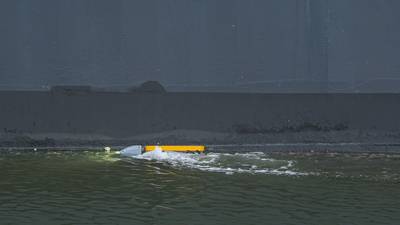 Armach Robotics said on Tuesday that it had reached a major milestone by operating its hull cleaning robot successfully in full over-the-horizon (OTH) mode.

In the water in Norfolk, VA, Armach’s hull service robot, was earlier this month monitored and controlled by staff at Armach’s command center in Plymouth, MA, using a 4G modem providing over-the-air connectivity.

Once the communications connection was made between Norfolk and Plymouth, the vehicle was able to complete its pre-dive checks on the pier. This involved full system checks with commands being sent from Armach's home office, nearly 600 miles away.

Cody Peyres, Armach’s Operations Manager said, "After verifying the capability to successfully OTH control the vehicle from the safety of the pier, confidence levels were high enough to proceed to additional in-water testing."

"The vehicle was launched into the harbor and released. The Plymouth-based operator was able to fly the vehicle from the launch point at the pier, and make a controlled approach to the side of the ship. Once there, it was able to attach itself successfully, and travel along the ship's side, performing a short test cleaning protocol.“

"We also knew that Greensea’s Safe C2, a distance operation solution also part of the OPENSEA suite, had already proved that it was operationally viable for conducting advanced intervention tasks with ROVs. Bringing the two together in our vehicle, which has different demands from a more traditional ROV, represented an important milestone.”

HSR Recognizes Objects in its Path, Autonomously Navigates Around Them 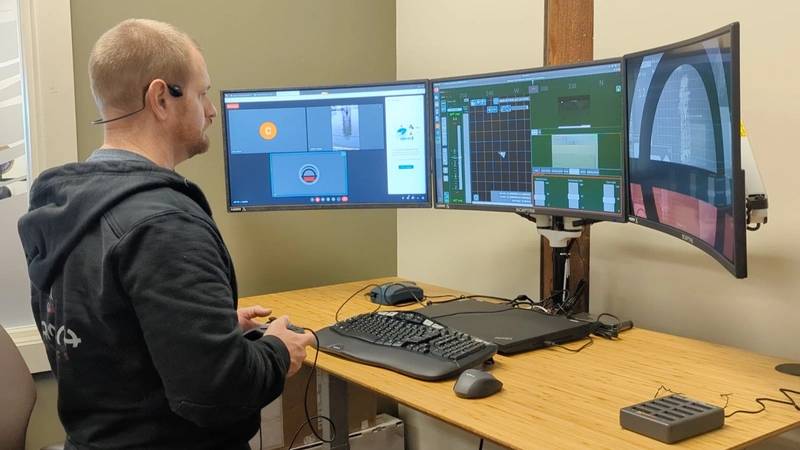 During this trial, it was also demonstrated how the HSR can recognize objects in its planned path of transit, autonomously navigate around these, and return to its originally planned path of operation - also referred to as an obstacle detection and avoidance manoeuvre.

John Dunn, VP Operations at Armach and pilot for this first OTH flight, adds, “Flying the vehicle from Plymouth and landing on the BB64 was a euphoric experience, as we reached one more milestone on our technology roadmap.

"We were absolutely geeking out in Plymouth. The technology to do this isn’t new or even new to the market, however, getting it incorporated onto our platform, while our collective teams continue to develop and iterate our technical offering, was still a huge lift. My hats off to the Software, Hardware and Operations teams for pulling together and moving the ball during this already busy operation.”

The demonstration completes another key milestone in Armach’s roadmap to its full technical offering. Future state will include small footprint robotics systems that are able to launch, clean and recover automatically, all while supervised remotely from Armach’s Plymouth, Massachusetts, headquarters.

These units, in addition to installation in port infrastructure, can be resident on ships of all classes and be available to conduct hull cleaning maintenance at the convenience of the vessel's schedule on a global basis.

The ability to deliver autonomous, efficient cleaning on microfouling means the cleaning process can be conducted in short time frames, and does not impact the vessels’ turnaround time, Armach says.

"Key to Armach’s proposition is that the system provided a previously unprecedented level of ‘Hull Intelligence’, effectively creating a hull condition survey every time it cleans a hull. This allows owners to understand their hull condition in ‘real time’ and make decisions that will save time and money. This key phase will allow Armach to build, develop and iterate the robotics platforms, and prove that the technology and model work in the real world," the company said.