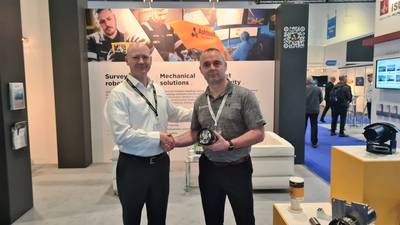 OceanTools specializes in the design and manufacture of underwater technologies. Under the terms of the agreement, Ashtead Technology will be the exclusive rental partner for OceanTools’ DyeTectors systems, including the latest D10 DyeTector.

OceanTools’ DyeTector systems are used to detect leaks from underwater infrastructures such as manifolds, wellhead, or pipelines if a suitable dye has been added to the infrastructure fluids.

They can also be used during casing cementing operations to detect cement returns if a tracer dye is added to either the seawater spacer or to the cement itself.

According to OceanTools, the ROV mounted D10 DyeTector uses the same technology capable of detecting single photons of light as the single-channel D7 DyeTector, which enables it to detect down to single-digit parts per billion of dye dissolved in water, which makes it ideal for detecting the very smallest of leaks or dye dosed cement.