of our vessels while also reducing fuel consumption in our non-propulsion electrical systems,” reinforces Ole Graa, Maersk Head of Fleet Technology.The containerized battery energy storage system has been manufactured in Odense, Denmark by the system integrator and turnkey supplier Trident Maritime Systems. The battery system will be shortly transported to Singapore and installed on board the Maersk Cape Town.The vessel is a Singapore-flagged 249-meter long container ship built in 2011 which sails between West Africa and East Asia. The first full voyage with the new system in place will take place 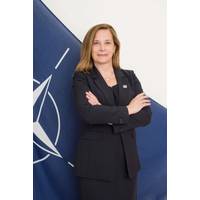 Groups – SNMG 1 and 2 – with their exercises.  So working with the operators has been a way to show our relevance.  Twenty years ago people were reluctant to work with unmanned aircraft, but today they’re common.   We want to make operators comfortable with unmanned maritime systems now.  There’s a new generation of sailors who are going to be used to working with unmanned systems. But there is still some unfamiliarity and uncertainty.  So it’s up to us to sort of go in their exercise, show them what these systems can offer. Our new sensors are so 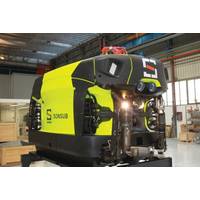 Unmanned maritime systems (UMS), especially autonomous underwater vehicles (AUVs), are no stranger to commercial applications. Survey of the seafloor by AUVs and subsequently unmanned surface vehicles (USVs) is now an accepted practice. UMS technology is moving into new commercial domains, notably inspection maintenance and repair (IMR). While there are no perfect definitions these tasks can be viewed as follows:Inspection is the task of examining a structure, perhaps a pipeline, to determine its condition.Maintenance is a routine task involving interaction with a structure, such as turning a valve or 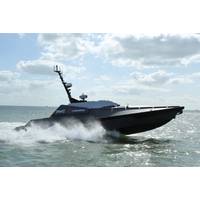 high-speed system capable of fully autonomous navigation. The ASV uses L3Harris’ ASView proprietary autonomous control system and advanced algorithms developed for the U.K.’s Defense Science and Technology Laboratory (Dstl).Designed, built and commissioned by L3Harris’ Unmanned Maritime Systems team based on the south coast of the UK, MAST 13 was officially launched on September 11th at DSEI in London.The system carried out unmanned surveillance and force protection in the Victoria Dock at DSEI 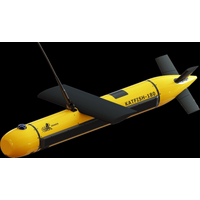 Robotic Systems subsidiary has received a purchase order from ThayerMahan, for a KATFISH 180 towfish system. The contract value is $2.1 million, and delivery is expected in the third quarter of 2019.ThayerMahan, a US-based company specializing in the design, integration, and operation of autonomous maritime systems, will deploy Kraken’s KATFISH 180 as part of its SeaScout expeditionary system for seabed mapping and intelligence.Kraken’s KATFISH 180 is an actively stabilized towfish with synthetic aperture sonar (SAS) providing wide area seafloor survey, with area coverage rates (ACR) of 3km2/hour 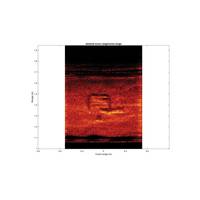 , and public sectors. After professional roles at MIT, supporting NOAA and in the private sector he founded Just Innovation Inc. in 2015 to support a variety of clients with a focus on unmanned and undersea systems.Michael Murphree is the Communications and Surveillance Technology Manager for Maritime Systems at QinetiQ North America.  Michael has a wealth of experience in undersea systems engineering, software and automation as well as his current work with acoustic communications.Greg Folts is Director of Business Development for Maritime Systems at QinetiQ North America.  He has over 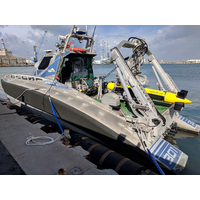 ThreatKraken’s KATFISH is an actively controlled, intelligent towfish platform used to generate real-time ultra-high definition seabed imagery and maps for a variety of military and commercial applications. Kraken’s products are primarily targeted to the rapidly growing Unmanned Maritime Systems drone market which is primarily comprised of Unmanned Underwater Vehicles (UUVs) and Unmanned Surface Vehicles (USVs).Until recently, conventional side scan sonars have been the leading technology for detailed mapping and imaging of the seafloor. However, Kraken’s advanced sonar technology 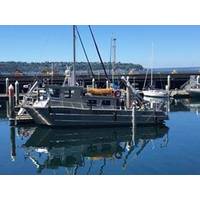 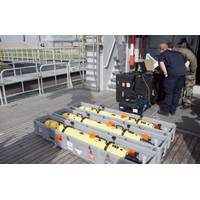 The increased demand for maritime systems that can collect information for organizations and governments in sectors such as defense and security, oil and gas, oceanography, and hydrography is driving today’s development of Unmanned Maritime Vessels.   Growth in the commercial exploration segment of the market is attributed to the expanding use of Autonomous Underwater Vehicles (AUVs) and Autonomous Surface Vehicles (ASVs) in applications such as surveys and seabed mapping, offshore drilling, and pipeline inspection.   “We’ve experienced considerable growth in our