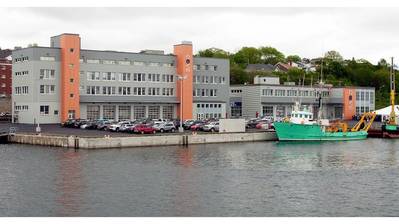 COVE has announced that IBM Canada has joined the ocean business park as a tenant, one of 50 currently in residence.

IBM is one of Canada’s top 10 private research and development investors and last year contributed more than $478 million to Canadian research activities. In September 2018, it was revealed that IBM, along with COVE, Dalhousie University, the Ocean Frontier Institute, the Government of Canada, local industry and the Province of Nova Scotia, were collaborating on the rollout of DeepSense – a world class big ocean data innovation environment.

“IBM is committed to supporting the development and commercialization of ‘made in Canada’ products and services, and we are proud to be present at COVE as they help to bolster the region's position as a global hub for ocean expertise,” said Calvin Gosse, Atlantic Public Sector Client Executive at IBM Canada. “COVE represents a significant opportunity to contribute to the ocean economy by sharing collaborative space with highly skilled local enterprises working together on major initiatives, such as DeepSense, advancing ocean analytics.”

IBM has a unique approach to collaboration that provides academic researchers, small and large business, start-ups and developers with business strategies and computing tools they need to innovate. Other areas of focus for IBM Canada include health, agile computing, water, energy, cities, mining, advanced manufacturing, digital media and cybersecurity.