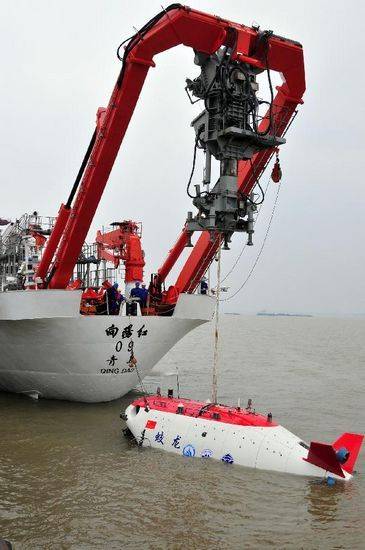 China will step up the building of research vessels including polar icebreakers, mother ships for manned submersibles and comprehensive research vessels reports Xinhua, while Russia's Ministry of Finance has refused to pay for Arctic research according to news on the official website Arctic-Info.

Xinhua cites Liu Cigui, head of the SOA, as saying that China will positively implement the consensus on oceanic exploration to carry out resource assessments and deep-sea research.

Citing an announcement by the press service of the Ministry of Finance, Arctic-Info reports that in accordance with the Federal Law of December 2, 2013 No. 349-FZ  – 'On the federal budget for the period 2014 and 2015 and 2016 planning period' –  budgetary provision is made for Roshydromet for maintenance of drifting stations, but the amount is only a fifth of the amount necessary for their operation.