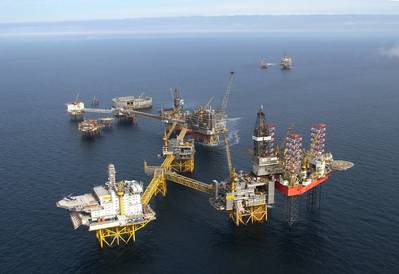 ConocoPhillips has deployed a low-code platform called Mendix to cut costs and increase efficiency, making it the first major oil and gas producer to use such technology across the company, Mendix said in a statement on Tuesday.

Mendix, owned by German technology firm Siemens, allows companies to create in-house systems without hiring outside developers as minimal or no coding knowledge is required.

"It can be used by a rig manager in the middle of the ocean to someone in HR," Jon Scolamiero, Mendix's manager of architecture and governance of product marketing, said.

Low-code platforms are an accelerating trend as companies digitise globally, big tech is developing new systems and the impact of COVID-19 increases the focus on cost-cutting.

"The concept matured in the last 7 to 10 years with an acceleration in the last couple. It addresses the developer shortage. It's faster and cheaper and you can keep customizing it. Use has also increased with COVID-19," John Bratincevic, senior analyst at technology consultant Forrester Research, said.

"On average, a low-code platform takes up just 10%-20% of the cost and time you would take to develop a solution from scratch."

Conoco has created 20 apps over the last 18 months, Mendix said. In one case, Conoco used the platform to extract more oil at a Canadian field.

"This shift in our approach enables our IT team to deliver solutions that provide differentiated value to ConocoPhillips in select capabilities," Mike Pfister, Chief Information Officer at ConocoPhillips, said.

A spokesman for Conoco did not provide further details on cost savings.