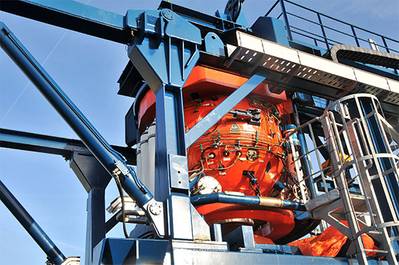 Inspection, maintenance and repair (IMR) subsea services provider N-Sea said it has reinforced its commitment to the Middle East with expanded its service capabilities in the region.

N-Sea, which opened its regional office in Dubai in 2016, said its TUP (transfer under pressure) Diving System has recently arrived in the Middle East for refurbishment and work in the region

Asa Gamble, N-Sea Managing Director for the Middle East, said, “N-Sea has an outstanding track record in diving, ROV and survey projects, and deploying the TUP Diving System to the Middle East demonstrates N-Sea’s commitment to delivering efficient and safe diving operations as we continue to invest in the region.”