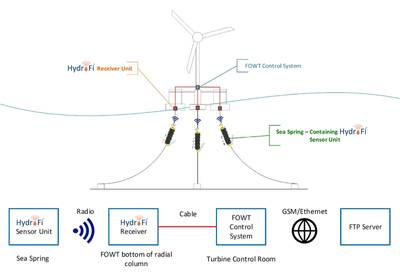 CSignum announced the testing of the prototype solution developed with Tfl Marine as part of the Floating Wind Technology Accelerator Competition (FLW TAC) was successful.

Funded by the Scottish Government and managed through the Carbon Trust’s Floating Wind Joint Industry Project (FLW JIP), the FLW TAC awarded enabled CSignum and TfI Marine to manufacture and test their prototype solution to overcome the challenges of monitoring and inspection of mooring lines which have negatively impacted the commercialization of floating offshore wind.