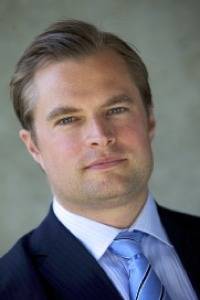 As demand for wind energy increases, offshore deployments are continuing to move into deeper waters.

DNV KEMA has released its new standard for floating offshore wind turbine structures that will help ensure safety and reliability in floating wind turbines, and give the nascent floating-turbine sector the confidence to continue its development to commercial maturity.

“A prerequisite for the industry to continue to grow and develop effectively is development of design standards…they are essential to ensure a consistent and appropriate level of safety in design, construction and operation of floating wind turbines. This will increase confidence in the technology and hopefully make more projects bankable.” – Johan Sandberg, head of renewable energy at DNV KEMA, Norway and project sponsor.

In response to the fast-expanding offshore wind market, DNV KEMA, the energy arm of DNV, has developed a new standard that will help accelerate the development of a new generation of floating offshore wind turbines by establishing design requirements for the floating structure and related systems. According to Johan Sandberg, head of renewable energy at DNV KEMA, Norway and project sponsor, the standard covers a broad range of issues, including safety philosophy and design principles; site conditions, loads and response; materials and corrosion protection; structural design; design of anchor foundations; floating stability; station keeping; control and mechanical systems; transport and installation; in-service inspection and cable design.

“As demand for wind energy increases, we predict offshore deployments will continue to move into deeper waters and, consequently, there’s a need to establish design standards that will help ensure safety, reliability, and confidence in future wind turbines,” he says. “To that end, the new standard, developed as a Joint Industry Project (JIP) with 10 participating companies, aims to spur progress in floating offshore wind through a framework for best practices and technical requirements, plus producing guidance for design, construction and in-service inspection.”

Sandberg notes that many densely populated coastal areas around the world are not suitable for traditional bottom-fixed offshore wind turbines. In other areas, the shallow water coast is already developed or challenging seabed conditions makes bottom-fixed offshore wind unsuitable. Also, local communities have been known to oppose projects due to negative visual impacts.

“Recent successful deployments of full-scale prototype configurations have demonstrated that floating wind turbines can be a viable alternative and the market is taking notice. Several companies and research institutes worldwide are already engaged in developing research programs, pilot projects and even planning for commercial development of floating wind farms,” he says.

For various reasons, countries like Japan and the U.S. have also made offshore wind energy one focus of their energy policy. According to Sandberg a tricky point in the development of offshore wind around the coastal belts of these countries, like the majority of coastal belts around the world, is that water depths can range from dozens to hundreds of metres. This situation demands new technology so in both Japan and the U.S., ideas are turning to floating structures for wind turbines.

“It is now time to take the next step: standardization. A new standard can increase the confidence in the industry and hopefully attract new investors to this new renewable energy technology,” says Sandberg. “The decades of expertise that DNV has amassed in the standardization of maritime offshore oil & gas, and onshore and offshore wind is invaluable for the development of standards for floating offshore wind structures.”