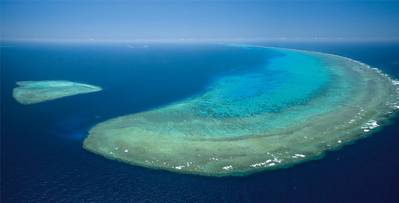 Reuters – Australia approved coal port expansion plans that involve dredging and dumping millions of cubic metres of sand near the Great Barrier Reef despite earlier warnings from an independent agency that the work could damage the reef.

The warnings emerged in documents obtained by environmental activist group Greenpeace , which is fighting plans by Indian companies Adani Enterprises and GVK and Australian billionaire Gina Rinehart to dig coal mines in the untapped Galilee Basin and turn Abbot Point on the northeast coast into the world's largest coal port.

Australia's conservative government approved plans to dredge 3 million cubic metres of sand for the port expansion last year. The Great Barrier Reef Marine Park Authority (GBRMPA), an independent agency charged with protecting the reef, in January granted a permit to dump the sand about 25 kilometres (15 miles) away from the protected zone.

That was after the park authority told the government in its recommendation in 2013 that the dredging proposal by port operator North Queensland Bulk Ports Corp would hurt the reef. "The Government approved the project subject to some of the toughest conditions in Australian history, to deliver a net benefit to the environment," Environment Minister Greg Hunt said in a statement emailed to Reuters.
Greenpeace wants Hunt to revoke the approvals.