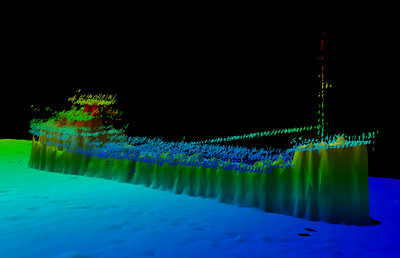 The much anticipated release of HIPS and SIPS 8.0 includes some significant enhancements, such as the continued implementation of water column data processing allowing the data to be supplemented into the bathymetry, the redesigned calibration tools in Subset Editor and the new HIPS project database allowing for faster open times and multi-user access.

“The major release of HIPS and SIPS 8.0 has many new features that our clients have been eagerly waiting for,” said Burns Foster, product manager for HIPS and SIPS. “The ability to be able to select and import water column data as bathymetric data into existing projects is very exciting as there are plenty of useful applications for this, from scientific endeavours to verifying the least depth on a wreck. Also, the new HIPS database file is the first step in bringing data storage and management in HIPS and SIPS to the next level and we have some big plans for this going forward.”

New HIPS project database with multi-user access
The new *.hips file for HIPS and SIPS projects is a database that will provide several advantages, including management of multi-user access to the data. The project database also significantly improves the performance of opening a project. Testing on a project containing hundreds of track lines shows open times are dropping from several minutes to only a few seconds.

Established in 1979, CARIS is a leading developer of geospatial software. The CARIS Ping-to-Chart™ product line delivers an integrated software solution for the entire workflow of hydrographic information from the echosounder "ping" through to the production and distribution of the "chart".