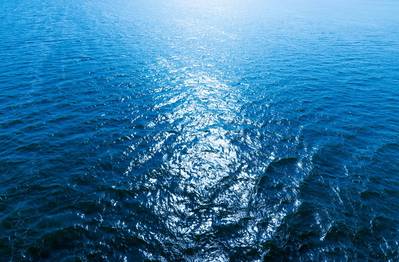 India is catching up with that only now, as it prepares to unearth treasures down below, aiming to boost its economy.

These natural goodies are key to making modern gadgets, from smartphones and laptops to pacemakers, hybrid cars and solar panels.

As expanding technology and infrastructure fuel global demand for these resources - whose supply is dwindling fast onshore - more and more countries, including manufacturing powerhouses India and China, are eyeing the ocean.

"We have to depend on ocean resources sooner or later ... there is no other way," said Gidugu Ananda Ramadass, head of India's deep sea mining project at the National Institute of Ocean Technology (NIOT) in the southern city of Chennai.

"For the future of mankind ... the ocean is the only hope," he told the Thomson Reuters Foundation.

India, Asia's third-largest economy, is going full steam ahead in anticipation of the International Seabed Authority (ISA) - a U.N. body that oversees mining on the high seas - giving the green light for commercial exploitation.

Captain Nemo appeared to get one thing wrong, however, in asserting deep sea minerals "would be quite easy to exploit".

Over the next decade, the Indian government plans to pump in more than $1 billion to develop and test deep sea technologies like underwater crawling machines and human-piloted submarines, according to the earth sciences ministry.

If it works, the equipment will be able to reach depths of up to 6 kilometers (3.7 miles), where metals can be 15 times more concentrated than in land deposits.

The ISA allows India to explore an area in the Indian Ocean of 75,000 square kilometers (about 29,000 square miles), equal to roughly 2 percent of the country's size.

Moon, Mars... and the Ocean
Once thought to be too costly and difficult, industrial-scale sea mining could begin as early as 2019.

Canada's Nautilus Minerals is on track to become the first company to start operations, which it plans to launch near the Pacific island nation of Papua New Guinea, according to a company statement.

All countries are as yet in the experimental or exploratory phase, and the ISA is still hammering out regulation and royalty terms for commercial mining.

The prospect has excited India, which depends heavily on China, the world's biggest producer of elements.

China provides about 90 percent of rare earths, which are used in aviation and defense manufacturing.

It has four of the 29 licences awarded by the ISA, and Beijing controls more exploration areas in the high seas than any other country, according to the Jamaica-based intergovernmental agency.

Experts say India is most interested in copper, nickel and cobalt, as it ramps up clean power generation.

Cobalt, also produced in Democratic Republic of Congo, is used to make batteries that can store energy from renewable sources, including solar and wind.

"These metals are not widely available in India, so they have strategic importance," said Ramadass, whose team is set to trial mining at a depth of 5,500 meters by 2022.

India's goal is to become self-reliant in the minerals, and it is "not in a race with anybody", he added.

'Final Frontier'
Experts warn that in the absence of a clear international charter, deep sea mining operations could cause irreversible damage to a little understood ecology.

Indian environmentalist Richard Mahapatra fears private players could sound the death knell for Earth's "final frontier", which he said has been explored only 0.0001 percent.

The seabed is home to a unique ecology where colonies of organisms and creatures have evolved over millions of years, free of wild currents, sunlight, vibrations and noise which mining would bring, said Mahapatra, managing editor of the New Delhi-based science and environment magazine Down To Earth.

According to a 2017 study by Britain's National Oceanography Center, mining experiments at seven sites in the Pacific Ocean showed the amount and diversity of marine life was reduced "often severely and for a long time".

Sediment plumes and disturbance caused by mining could wipe out habitats for slow-growing corals and fish, Mahapatra said.

It could also have long-term effects on how the ocean, which absorbs carbon dioxide and heat, regulates the world's climate.

While the 1982 U.N. Convention on the Law of the Sea (UNCLOS) already includes regulation of mineral-related activities, environmentalists say the rules are not good enough.

Mahapatra urged countries to put vested interests aside in agreeing the new ISA framework, given the damage humans have already done to the planet's atmosphere, land and surface water.

"Deep sea mining will be pure commerce, but there are certain situations where you cannot put profit before people," he said. "We should not rush it, otherwise we will head towards another disaster (environmental damage)."

Marine-friendly Technology?
India's deep ocean exploration program dates back more than two decades, during which it has been surveying the sea floor and testing environmental impacts, according to the National Institute of Oceanography (NIO) in the western state of Goa.

NIO scientist N.H. Khadge said the upcoming ISA guidelines, which its 168 member states will sign up to, would require contractors to "plan minimum disturbance" at the sea floor.

B.K. Thakur, a senior scientist at New Delhi's Ministry of Earth Sciences, said compared to land mining, seabed operations would be the lesser of two evils.

Sediment kicked up by underwater mining would dissolve and resettle, and there would be no carbon emissions, unlike on land, he noted.

"There would be no need to build roads, infrastructure or ... relocate communities - nothing major like we see on land," he added. But some experts warned even minor alterations could cause substantial harm to marine habitats and sea creatures.

"Mining for nodule resources on the seafloor is likely to be highly destructive in the mined area, with long-lasting impacts," said Daniel Jones, author of the NOC report.

Minimizing India's mining footprint is a challenge, said NIOT's Ramadass, adding its technology would be as "environmentally friendly" as possible.

With the plan only to scoop up mineral nodules rather than digging into the sea floor, flora and fauna would not be destroyed, he believes.

But there would be some disturbance, he conceded. "We cannot avoid that," he said.