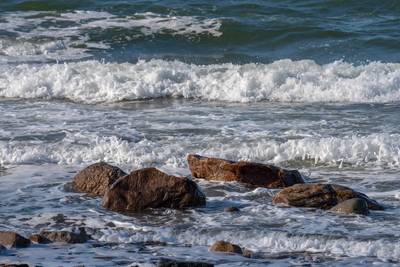 As summer approaches, EPA officials are highlighting water quality improvements in Long Island Sound resulting from almost 50 million pounds of nitrogen pollution kept out of the Sound each year. A peer-reviewed study from the University of Connecticut published earlier this year showed that improved water quality can be attributed to successful programs in Connecticut and New York to upgrade wastewater treatment plants to remove nitrogen before treated sewage is discharged into the Sound.

These two state-led programs have reduced millions of pounds of nitrogen pollution from being discharged into Long Island Sound, which has led to increased oxygen concentrations in the Sound in the summer months and, as a result, improved ecological conditions for fish and other organisms.

“Water quality in Long Island Sound is improving thanks in large part to dramatic reductions in nitrogen pollution, which is great news for the Sound’s ecosystem and local communities,” said EPA Region 2 Acting Regional Administrator Walter Mugdan. “Here in New York, we have seen tremendous success in New York State’s work to keep nitrogen from reaching the Sound in treated sewage, which will have a lasting impact for years to come.”

“This study is good news for the Long Island Sound and its neighboring communities, as it highlights successful actions taken to improve the Sound’s water quality,” said EPA New England Acting Regional Administrator Deborah Szaro. “Using science to inform our decisions, while maintaining a strong partnership with the states of Connecticut and New York, helps us continue to protect and restore the Sound, as well as plan for future action.”

Every summer, concentrations of dissolved oxygen (DO) in Long Island Sound waters decline to levels that are unhealthy for fish and other aquatic life. Low levels of DO, known as hypoxia, occur during the summer in the bottom waters of the western portion of the Sound, sometimes extending into central portions of the Sound. Hypoxia results when excess nitrogen fuels the growth of algae blooms. Bacteria that then feed on the algae deplete the water of oxygen. As a result, mobile organisms such as fish, crabs, and lobsters are forced to flee the area in search of healthier waters. Species that cannot move away, such as shellfish or worms, are harmed or die.

Since the 1990s, Connecticut and New York State have worked with EPA to implement a nitrogen pollution reduction plan – known as a Total Maximum Daily Load plan -- to improve the Sound’s dissolved oxygen levels, and to protect aquatic animals and the environment. Through infrastructure investments of more than $2.5 billion to improve wastewater treatment, the total annual nitrogen load to Long Island Sound is now some 47 million pounds less than the yearly discharge in the early 1990s. Alongside this reduction, the area of hypoxia, based on a five-year rolling average, was 94 square miles in 2020, compared to the average from 1987-2000, before the plan went into effect, of 205 square miles.

The peer-reviewed study, published in January of this year in the journal Environmental Science & Technology, titled Reducing Hypoxia in an Urban Estuary Despite Climate Warming, documents increased levels of dissolved oxygen in Long Island Sound since 1994 in response to the nitrogen load reductions. This is the first peer-reviewed paper documenting these improving trends in Long Island Sound and is one of the few documented recoveries to a nutrient-caused hypoxic coastal system worldwide.

The paper’s authors, University of Connecticut scientists Michael Whitney and Penny Vlahos, also determined that the DO improvements occurred despite decreases in the solubility of DO due to warming waters. They emphasized that DO levels still fall below water quality standards during the summer and that projected warming will result in further declines.

EPA is continuing to work with Connecticut and New York to work on further reducing nitrogen pollution to improve water quality and to mitigate the future impact of climate change on hypoxic conditions.

The DO measurements used in the study come from samples collected and analyzed by the Connecticut Department of Energy and Environmental Protection and the Interstate Environmental Commission as part of a water quality monitoring program funded by the Long Island Sound Study.

Long Island Sound is an estuary that provides economic and recreational benefits to millions of people while also providing habitat for more than 1,200 invertebrates, 170 species of fish and dozens of species of migratory birds.

The Long Island Sound Study, sponsored by the EPA and the states of Connecticut and New York, is a partnership of federal, state, and local agencies, universities, businesses, and environmental and community groups with a mission to restore and protect the Long Island Sound.