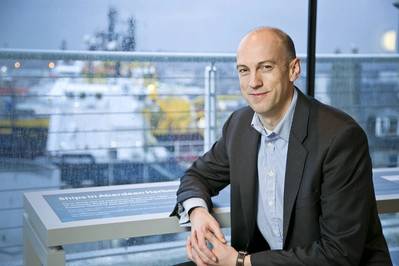 iSURVEY Group, a provider of survey and positioning services to the global oil and gas and telecommunications sectors, has announced the launch of a new offshore division as part of U.K. growth plans.

iSURVEY Group, based in Norway, is establishing a new Aberdeen-based entity supporting clients operating in the U.K. North Sea and other global regions, including the Mediterranean Sea and Africa. Recruitment has started and it plans to have 30 staff in place by the end of 2014. The move represents a £500,000 investment and signals strong confidence in the region as an opportunity for growth.

Key to the establishment of iSURVEY Offshore Limited is the appointment of Andrew McMurtrie as managing director, which will see him take responsibility for growing international business through the new division.

Andrew began working in the offshore industry in 1990 as an offshore surveyor and since then has built up a wealth of experience in survey and positioning, including consulting for several operators. He moved into sales and business development in 2004, working for Andrews Survey, Nautronix, DOF Subsea and most recently NCS Survey.

Recruitment will remain a strong focus for iSURVEY throughout 2014, with plans to rapidly increase the team of offshore and onshore personnel.

iSURVEY Group was founded in 2004 by seven figures in the oil and gas industry and has grown to have almost 100 employees, with an estimated turnover in 2013 of £14million. The group works with a number of global clients, including Statoil, Maersk, ExxonMobil, Nexans and Island Offshore.

iSURVEY Offshore Limited will provide the same services from Aberdeen as it has been doing for several years from its base in Osloand more recently Singapore, including rig positioning, marine construction, cable installation and seabed mapping.