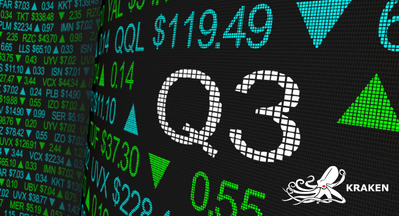 The company said Tuesday that its revenue growth was driven by the continued delivery to the Royal Danish Navy on multiple minehunting systems, the addition of PanGeo services, and the delivery of our SeaPower battery products. Year-to-date revenue is $32.1 million compared to $10.6 million in the first nine months of 2021.

Net loss in the quarter totaled $0.5 million compared to a net loss of $2.6 million in the comparable quarter due to the increased gross margin on a year-over-year basis.

At November 30, 2022, Kraken had $16.8 million in previously awarded non-repayable funding to draw upon from government agencies and project partners for research and development, of which cash amounting to $7.4 million has been received for contracts to be completed in 2022.

Kraken Robotics' CEO Karl Kenny said:"We continue to report strong financial results during 2022 driven by our core products and service offerings. We are seeing market momentum driven by the geopolitical landscape and upgrade cycles in defense, as well as strong growth in offshore renewable [energy] and offshore oil and gas."

Kraken on Monday said it had received an initial order for subsea batteries valued at $14 million.

In the company's results presentation, CEO Kenny said: "Combined with yesterday’s announcement of an initial $14 million subsea battery order from a confidential customer, we feel we are well positioned for continued strong growth in 2023 onwards."

"Operational results in 2022 will be driven by the continued delivery of systems to the Royal Danish Navy, a full year impact from the acquisition of PanGeo and continued deliveries of our AquaPix® synthetic aperture sonar and SeaPower battery products. During the next twelve months, Kraken is also expected to receive progress/advance payments on three large contracts amounting to $19.5 million," the company said.