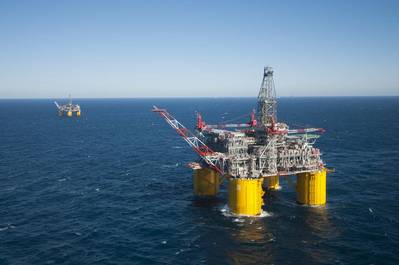 A federal auction of exploration leases in the Gulf of Mexico next week will test energy companies' appetite for acreage after the Trump administration left royalty rates for deepwater parcels unchanged, bucking an industry call to lower them.

The U.S. Gulf of Mexico has faced waning interest in recent years as competition stepped up from other basins globally, as well as from onshore shale basins and Mexico's waters in the Gulf.

Oil companies had lobbied for lower royalty payments for deepwater acreage because of the projects' high cost and long lead time before production can begin. In February, the Interior Department's Royalty Policy Committee had recommended lowering the rates.

Some companies may have bid on fewer parcels in March's auction, waiting to see if the Interior Department would cut royalties, said William Turner, a senior research analyst at Wood Mackenzie. In that auction, only 1 percent of the 77 million acres (31.2 million hectares) on offer received bids.

Next week's sale is the first since U.S. Interior Secretary Ryan Zinke said in April that he would leave deepwater royalty rates unchanged at 18.75 percent, rather than drop them to the 12.5 percent rate for shallow-water parcels.

"The uncertainty is gone, it is off the table," said Imran Khan, senior manager at consultants Wood Mackenzie. The clearer royalty rules may draw companies that held off in March, said Khan and Turner.

The auction is likely to draw the largest and smallest Gulf of Mexico participants: companies such Royal Dutch Shell and Chevron Corp on one end, and LLOG, Kosmos Energy and Fieldwood Energy on the other, they said.

"If you're a company like Chevron or Exxon who plays in multiple basins, you have to make sure it is competitive with other basins globally," said Bob Fryklund, chief upstream strategist at IHS Markit.

In the March lease sale, companies largely stuck close to acreage they already held, and did not acquire new territory to explore.

"We're seeing a little bit of a resurgence in the Gulf," said Fryklund, adding that the rig count has climbed to about 20 rigs from 12 in March. The focus is still on evaluating current acreage rather than looking for new prospects.

By 2028, though, IHS expects that pattern to shift slightly with over 100 newfield, wildcat wells expected in the U.S. side of the Gulf.