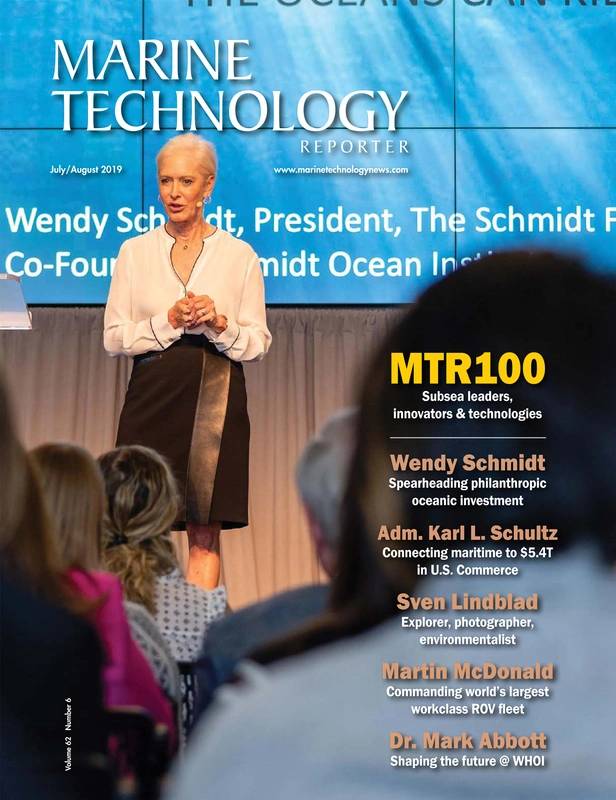 According to Wendy Schmidt, we live in a pivotal time that requires us to reexamine humanity’s relationship with the ocean. In a fast-paced and changing world, Mrs. Schmidt has emerged as an unlikely leader in an ocean revolution. Living and working for many years in the heart of Silicon Valley with her husband Eric, she witnessed the rapid evolution of technologies that have shifted the way we do almost everything. For some, the scale and pace of change provokes worry about our future.  For others, like Schmidt, these advancements are a source of inspiration, resulting in financial and personal investment in a portfolio of programs that are not only driving increased awareness about the issues facing our oceans, but pushing the boundaries of current research to identify and implement solutions. Mrs. Schmidt’s fearless attitude and hands-on approach is exemplified by the success of these programs.

Schmidt’s focus on ocean health is propelled by her passion for sailing and love of the ocean. The breadth of her ocean philanthropy is expansive, from sponsoring two ocean health XPRIZE challenges to funding the development of new ocean-friendly materials for use in consumer goods. Schmidt has also extended her ocean-focused work to the world of sporting through 11th Hour Racing, partnering with global sailing races to put sustainability at the core of their operations and empowering athletes to be leaders in restoring ocean health.

“The ocean is under attack, and it is up to us to offer a path towards solutions, fostered by a clearer understanding of why ocean health matters to everyone, no matter what they do or where they live,” said Schmidt. 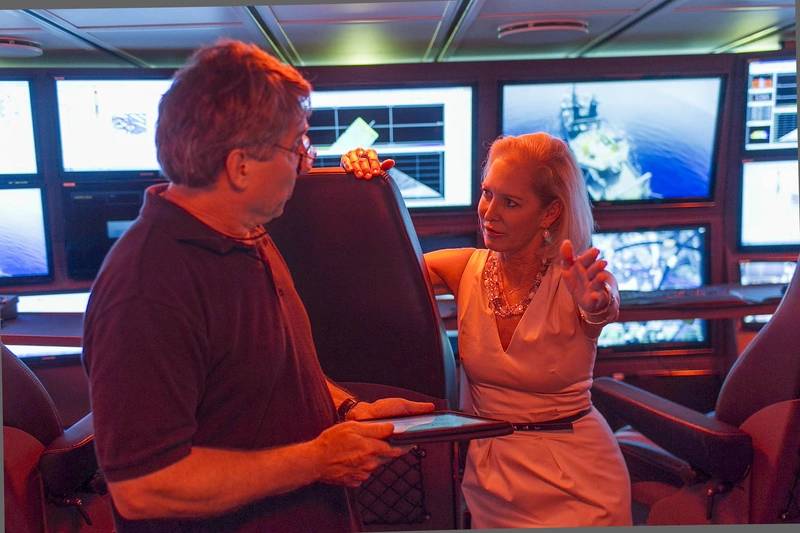 By the end of 2019, Schmidt Ocean Institute’s research vessel Falkor will have completed 64 expeditions and sailed a distance more than nine times around the world. In collaboration with some of the world’s best ocean scientists and engineers, they have tested new technologies in the deep sea for exploring other ocean worlds, demonstrated multiple vehicles using AI for real-time decision making at sea, identified countless new species, and discovered and named 12 underwater features including Schmidt Seamount and Falkor Seamount.

Many of these expeditions have not only collected important data for characterizing the ocean in remote regions, but they have also increased understanding of fragile ecosystems for protection. In 2014, Falkor’s high-resolution maps of the Papahanaumokuakea Marine National Monument, northwest of the Hawaiian Islands, contributed to a significant expansion of protection for the area. In 2018, another expedition increased knowledge of the deep-sea ecosystems in the Cocos Islands providing justification for the extension of protected waters to include seven never-before-surveyed seamounts.

Beyond the expeditions of discovery and development, Schmidt Ocean Institute continues to bring the ocean to people in their communities, schools, workplaces, and recreation groups. High-resolution imagery from the owned and operated ROV SuBastian can be viewed in real time on its YouTube channel, sharing footage and connecting with the public. Schmidt Ocean Institute’s maturing Artist-at-Sea program has also become a model emulated by others, hosting a total of 27 artists who have participated alongside scientists on Falkor and communicated their research through unique art.

Further innovation in ocean technology has been showcased by Schmidt’s early investment in Saildrone, unmanned surface wind and solar powered vehicles that are now engaged in a wide variety of research and observation missions for clients like NOAA. It was Schmidt’s willingness to take a risk on the company’s commercial debut in 2016, which allowed them to get the support needed to become what it is today. This model for early start-ups is unique and has accelerated the pace of ocean technology development. 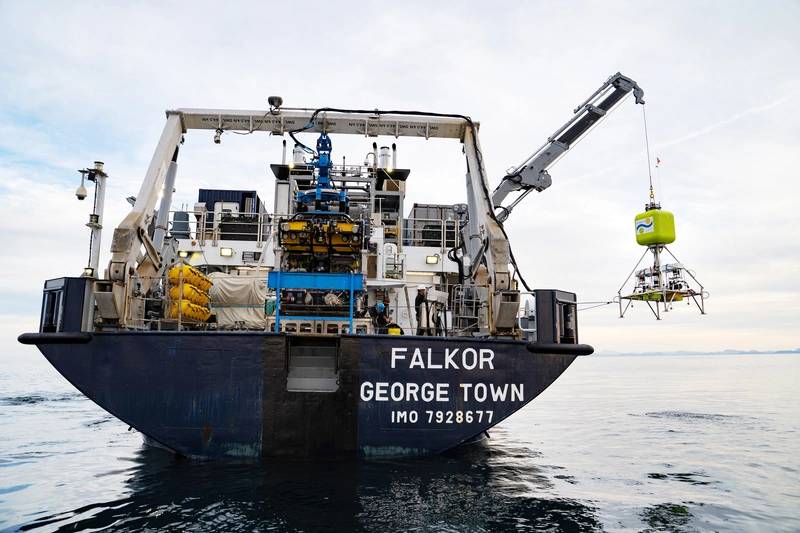 Schmidt Marine Technology Partners is an early detector of these ocean startups that is helping to make a difference with companies like Pelagic Data Systems, who developed a new way of monitoring illegal fishing and aiding in managing boat activity. Another one of these companies, Ocean Diagnostics, has built the first automated, low-cost microplastic sensor that can identify and remove microplastic particles from the water. Transformative innovations supported by Schmidt Marine illustrate how you can scale technology to better conserve the ocean. “I am driven to find ways to change our world, and doing so by taking the risks that others won’t. Using transformative technology funding we can impact the scale of solutions and impact our future ocean,” says Schmidt.

What has made Schmidt a truly transformative influence is her vision and execution in solving the really hard problems associated with ocean health. She inspires people to care by illustrating what science and technology can do while communicating these advancements in ways that illicit excitement and wonder.  She has looked at the state of ocean research and development, and asked, “what can we do differently?”

Schmidt ties all of her philanthropic work together with a systems thinking approach that sees the world as interconnected. She unites people around the ocean through science, technology, circular economies, sailing, and wonder; but really it is her curiosity and willingness to try that makes the difference.  Schmidt and her entities act as the catalyst to find systemic solutions to the greatest issues facing our oceans by propelling agents of change with the right opportunities and incentives.

And this is just the beginning.