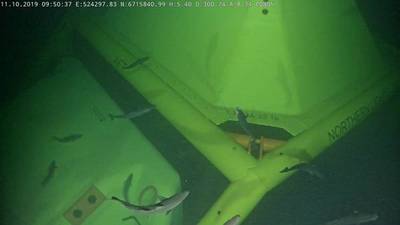 Norway's ambition to build a full-scale carbon capture and storage (CCS) chain could cost around $25 billion crowns ($2.58 billion), including operating costs for ten years, an economic analysis showed on Thursday.

The International Energy Agency (IEA) says CCS technology will be crucial to limiting global warming, helping to decarbonize industries such as cement production, but opponents say it could prolong the use of fossil fuels.

Norway, Western Europe's largest oil and producer, wants to prove that the CCS technology can work by capturing CO2 at two industrial sites and storing it under the seabed on the Norwegian continental shelf.

One project to capture the emissions is located at a cement plant in southern Norway, part of Germany's HeidelbergCement, while the other is at a Fortum's waste-to-energy plant in Oslo.

Excluding operating costs, estimated total investments are between 12.9 billion and 17.1 billion crowns, depending on whether one or two CO2 capture plants are built, the study by Atkins Norge, a part of SNC-Lavalin Group, and Oslo Economics showed.

"The measure is considered to be costly... The state's share of the costs is considerable," it said.

A 2018 study by the same authors estimated a higher total capital and operating cost, at between 19.7 billion and 25 billion crowns, but that was was for three projects - fertilizer producer Yara ended its CCS project.

The Norwegian state plans to cover about 80% of the costs, with the industry paying the rest, if a project is approved in the 2021 state budget, the oil and energy ministry said.

Norway's oil and gas firm Equinor and its partners Shell and Total have been working to build a storage which could take up to 1.5 million tonnes of CO2 per year.

Germany and Norway officially opened NordLink on Thursday, a direct power cable between the two countries that will provide…