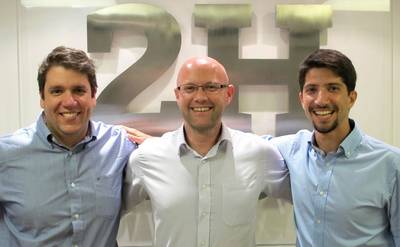 2H Offshore, an Acteon company, has appointed Pedro Viana and Roberto Alvim as the technical managers of its Rio de Janeiro, Brazil office to strengthen its management team and drive business growth.

Viana was the first engineer hired when 2H Offshore’s Brazil office opened in 2003. He has participated directly in the development of the office since its inception, and has supported both the technical and management activities of the company. Viana has experience in a range of conceptual, front-end-engineering design (FEED), detailed design and monitoring projects for many types of riser systems and complexities, and in different 2H Offshore offices around the world. His key project roles have included being the lead systems and lead analysis engineer for the Petrobras Guará–Lula NE buoyancy-supported riser project from early pre-FEED engineering studies through to the completion of the final detailed design.

Alvim joined 2H Offshore with six years’ experience in equipment design for the offshore industry. He graduated with a master’s degree in mechanical engineering from Pontifícia Universidade Católica do Rio de Janeiro in 2005. Alvim was the second engineer 2H Offshore hired in Brazil and, like Viana, has been an integral part of the growth of the Rio de Janeiro office. Alvim has worked on several analysis projects, including drilling, completion and production risers systems. For the past four years, he has managed a range of engineering projects, including FEED and conceptual studies for major oil and gas projects offshore Brazil.

Viana and Alvim will share responsibility for the management of the office with Pete Simpson, general manager.

Subsea Europe Services has opened a new R&D center at its premises in the Ocean Technology Campus Rostock. The new department is led by Dr.