Norwegian offshore vessel contractor Island Offshore has shared photos of what it says is one of the most comprehensive anchoring projects globally in 2020 - the installation of an anchor system for Equinor's Johan Castberg project in the Barents Sea, offshore Norway.

"An anchor system of enormous dimensions is currently being deployed at the oilfield, and Island Victory [installation vessel] is chartered for the job. This is one of the most comprehensive anchoring projects globally in 2020; preparing for the arrival of a floating production storage and offloading unit (FPSO) which will be processing and storing oil from the 30 wells on the seabed when the production starts in 2022," Ocean Installer said Wednesday.

"Weight and logistics in this project have called for good preparations, and we have spent much time planning together with client and customer. Each suction anchor weighs between 90 and 105 tonnes and is between 13 and 17 meters high. Island Victory loads five of these giants on board in one go,” the Captain onboard Island Victory says. 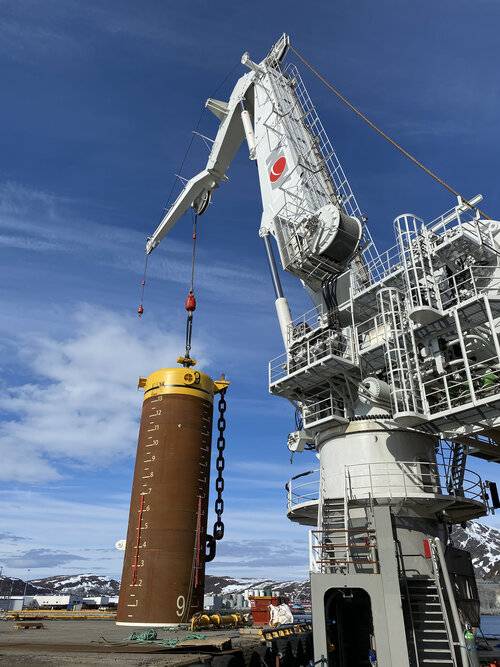 Three trips back and forth to Polarbase in Hammerfest are planned to get all anchors loaded. When all fifteen anchors are embedded into the sea floor, the installation of wire and top chain can start. This is placed on the seabed ready for the FPSO to hook up.

“Our job is to prepare everything before the FPSO arrives at the field. In addition to setting anchors and lines, the seabed floor conditions must be documented as well. Each meter of chain we place on the seabed is filmed by two work ROVs (remotely operated vehicles) operated by C-Innovation. These ROVs are equipped with arms making them able to perform tasks in addition to observing the operation beneath the surface. We use them in all types of jobs, the Captain explains.

As a preventive measure with reference to COVID-19 all parties have agreed to reduce crew for this job, to avoid cabin sharing. The project operation team from Ocean Installer and Equinor amounts to 67 persons in addition to the vessel crew.

The Island Victory will complete the Johan Castberg work at the beginning of July and will then start mobilizing for her next job in the Gulf of Mexico, starting in August. 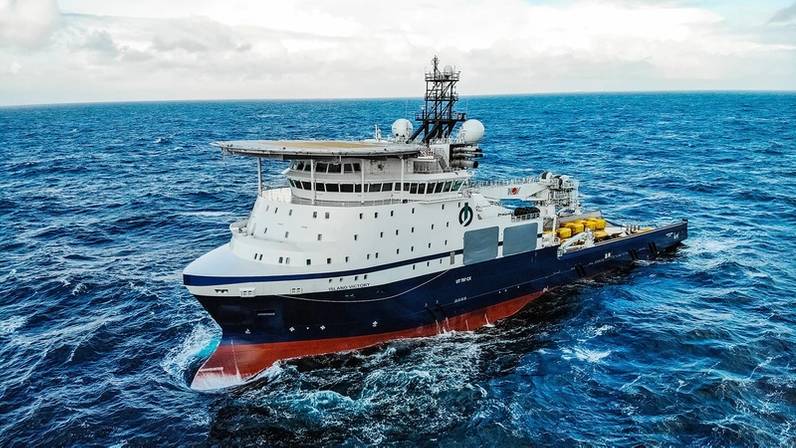