The world’s coral reefs are in crisis, with climate change emerging as the biggest threat of mass coral reef bleaching. Coral reef health walks hand-in-hand with overall ocean health, in addition to supplying effective shoreline protection and supporting businesses globally, from fishing to tourism. In the search for solutions, Professor Raquel S. Peixoto and her team at the King Abdullah University of Science and Technology (KAUST) have reportedly found a new method to aid the stress tolerance and resilience of coral.

Professor Raquel S. Peixoto is a marine microbiologist from Brazil, the co-chair of the Coral Conservation Committee with the International Coral Reef Society and an associate professor at KAUST, leading a team of researchers and the students trying to better understand the microbiome associated with coral, essentially developing a microbial therapy to protect coral reefs.

“Coral reefs are a unique and biodiverse ecosystems,” said Professor Peixoto during her recent interview with MTR TV. “About 32% of the named marine species depend on coral reefs, although they only cover a 0.1% of the ocean surface. On top of the immense importance of these ecosystems, biologically and ecologically speaking, they also protect our coast against waves and storms. About 90% of the height and energy of waves are actually minimized or dissipated by coral reefs.”

The rise in greenhouse gas emissions and resultant marine heatwaves and ocean acidification has led to coral bleaching and the decrease of calcification rates of not only corals, but other marine calcifying organisms, according to Professor Peixoto. “On top of this global threat, we also have local impacts that can increase the damage: pollution, land use, agriculture runoff and over fishing,” to name a few.

While the research continues at a local level, early results are promising as Professor Peixoto and her team have reportedly found a way to reverse the damaging effects global warming has on coral, increasing bleached coral reefs’ survival rate by 40%.

Professor Peixoto and KAUST are well-positioned for this R&D with its proximity to the Red Sea, an ecosystem with coral that withstands the rigors of high summer averages nearly 90° F, a temperature that kills coral in other oceans. The KAUST studies are aimed to understand how Red Sea corals survive these temps, in order to potentially help corals elsewhere. 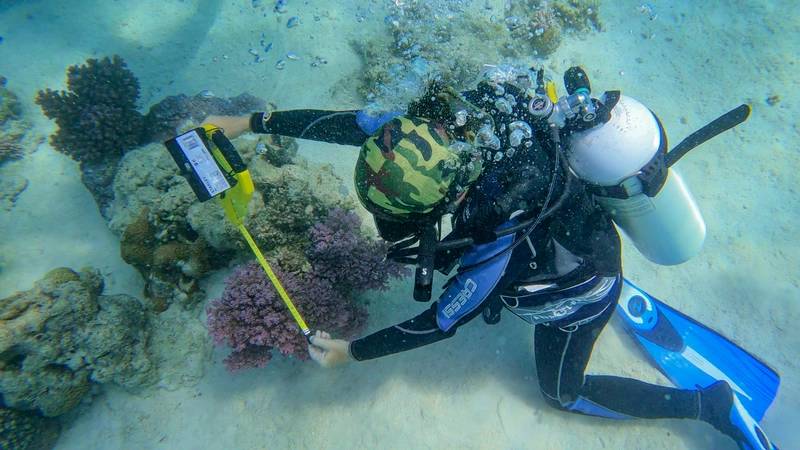 BMC: Rebuilding the ‘Breakdown in Harmony’

“Coral bleaching is the event when the photosynthetic algae living within corals leave the coral, and with them take about 80% of the energy and carbon sources that are important for coral feeding,” said Professor Peixoto. The increased water temperature stress the algae (to the point that it starts) to produce toxic compounds that are toxic for both corals and algae. Because of that, the symbiotic relationship that is so important for corals to survive is affected and the algae leaves, or is expelled by the corals. With the energy, they also take part of the color as these algae have this brownish pigment. And this is why we call it bleaching.”

But the problem isn’t simply a matter of discoloration, as Professor Peixoto explains “the most important problem is not the color, but the energy, and then the nutrients that are being lost by these corals. Not only is the algae important, but all the microorganisms living within corals.”
With the biosystem out of whack, the beneficial bacteria living within corals are also impacted by dysbiosis process. “That means that we have these organisms living in harmony with their microbiome. There is the breakdown of these harmonic relationships. We have a cascade of problems. What we are trying to do is that we are trying to reboot it. We are trying to make sure it is beneficial microbes are not going to be lost,” said Professor Peixoto. “And more than that, we are trying to make sure that they can actively protect the algae, protect the corals and make sure that the algae will last, it will stay longer within the corals, for example, or at least that the corals will survive until the algae is back. So what we are trying to do is to reboot this process, and make sure that we keep the beneficial microbes. It's a very similar approach when we humans take yogurt before taking antibiotics.”

BMC is a method developed by Professor Peixoto and her team at KAUST to manipulate specific microbes to aid the stress tolerance and resilience of coral. To date, the results have been impressive:

Professor Peixoto and her team at KAUST are collecting corals and isolating bacteria. “It's very important that we use common marine bacteria, abundant bacteria known for being beneficial. They are not known for causing any disease to any living organisms. We select this part of the microbiome and then we run a screening for potentially beneficial mechanisms. Some bacteria that can increase the input of nutrients, some bacteria that can actually degrade the toxic compounds that cause the bleaching. Some bacteria are antagonistic bacteria against pathogens.
The result is a consortium of bacteria that can provide beneficial mechanisms for the host, the coral. “We then inoculate the corals with this cocktail, or this consortium of different bacteria, hoping that together, they can mitigate the potential problems,” said Professor Peixoto. She said to date “the results indicate that we can prevent bleaching in some cases and we can also increase the recovery of some of the coral species. It looks like different coral species will respond differently to this type of approach. So far, all the attempts that we've done in the lab have been successful.”
She added that it looks like, even in normal conditions, these BMCs can be helpful for corals to become healthier, enabling them to grow even better.

Taking results from the lab to real world applications can oftentimes hit a stumbling block: funding, particularly in deploying the solution globally.
“As to the cost, it's really a rough estimate, as so far we haven't even started to try to optimize it,” said Professor Peixoto. “Right now we are still trying to prove the concept.”

Pressed for an estimate, she said the system could be established in three to five year, and a ‘guesstimate’ would be a treatment cost of around $600 to $700 per square kilometer.

What is Mass Bleaching?

According to the National Oceanic and Atmospheric Administration (NOAA), in 2016 heat stress encompassed 51 percent of coral reefs globally and was extremely severe—the first mass bleaching (85 percent bleached) of the northern and far-northern Great Barrier Reef killed 29 percent of the reef’s shallow water corals. Bleaching also occurred in much of the western Indian Ocean, including 69 percent to 99 percent of corals bleached and 50 percent dead in the Seychelles.

The third global bleaching event, from 2014 to 2017, brought mass bleaching-level heat stress to more than 75 percent of global reefs; nearly 30 percent also suffered mortality level stress. This bleaching event was the longest, most widespread, and most destructive on record.7 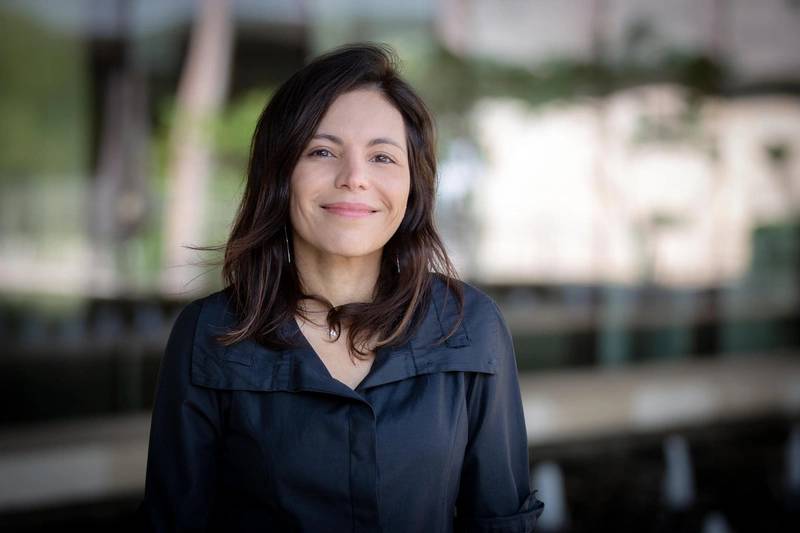 Raquel S. Peixoto. Photo courtesy KAUSTProfessor Raquel Peixoto is an associate professor of marine science at KAUST. Her research is currently focused on outlining how the manipulation of coral-associated microorganisms, using Beneficial Microorganisms for Corals (BMCs) is possible and can increase the host's resilience and resistance against environmental threats. She conducts research at the KAUST Red Sea Research Center, where she is developing a Red Sea Microbial Vault (inspired by the Microbiota Vault) to learn more, collect, store, and analyze microbes from the Red Sea. Professor Peixoto believes that the Red Sea could hold answers for the aid and recovery of corals around the world. She received her Ph.D. in microbiology, M.S. in biotechnology and B.S. in biological sciences from the Federal University of Rio de Janeiro, Brazil.