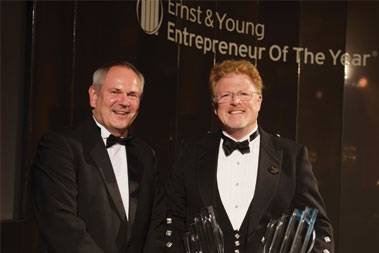 The chief executive of energy services company Proserv has been named Ernst & Young Scotland Entrepreneur of the Year 2013.

Judges praised David Lamont for molding “a phenomenal business of a truly global nature” in overseeing a 25% year-on-year growth during his two years at the company which operates from 30 sites across the globe.

A panel of experts picked Mr. Lamont ahead of 28 other business leaders and he will now go forward to represent Scotland at the UK Entrepreneur of the Year final in October.

Proserv, which is headquartered in Westhill, Aberdeenshire, has fast emerged as a leading industry specialist in exploration & production, drilling, and infrastructure technical solutions and services to the global energy industry.

The company has experienced exceptional growth over the past 12 months particularly in the subsea services sector.

During his time at the helm, Mr. Lamont, who has 28 years of industry experience, has overseen Proserv’s acquisition of US-based Total Instrumentation and Controls (TIC) and Weatherford International’s subsea controls’ business. Under his guidance the firm has also introduced a new test and manufacturing facility in Aberdeenshire, a research and development hub in Norway and a string of contract wins worldwide.

During August 2012, Proserv revealed annual turnover had soared from $175 million to more than $310 million. This success was reflected in the company’s refinancing agreement of $215 million. The funding has allowed Proserv to consolidate its position for sustainable growth and future expansion.