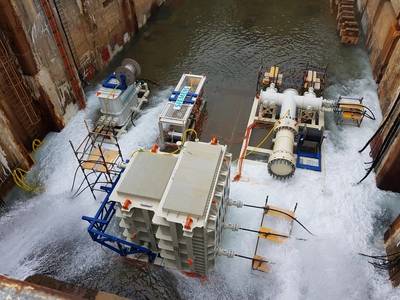 Ten years ago, a future where subsea fields and their power-hungry process equipment could be fully electrified, enabling long step-outs to tap remote reserves with lean new infrastructure architectures, lit the fuse for a spate of investment in subsea power distribution.

The result, following at least two major joint industry projects (JIP) and tens of millions of dollars of investment, is that subsea power distribution is now a ready technology, waiting for its first application.

GE Oil & Gas (as was) qualified a subsea power distribution system back in 2016, including variable speed drives (VSDs), switchgear, and power protection, based on existing components marinized in pressure tolerant housings. The system was developed to provide power over a 120 km distance to the Ormen Lange subsea compression project in Norway, only for Shell to decide against the project.

This year, ABB qualified its subsea power distribution system – complete with transformer, VSD, switchgear, and controls, and Siemens is moving closer to qualifying its system.

Others are moving in on the patch with smaller, less complex systems, including TechnipFMC, while Baker Hughes’ Modular Compact Pump aims to come with integrated VSDs, mitigating the need for full-on ‘type-3’ (i.e. supply, transmission, and distribution).

The goal is to provide power, ranging from 750 kW to more than 11MW, to subsea systems, from pumps to compressors.

This includes the power equipment and electronics required, to avoid having to make brownfield modifications on existing topsides and/or enable entirely subsea developments to shore. The benefits are touted as a more scalable and flexible architecture.

However, the much longer step-outs that have been targeted have bigger challenges, in terms of flow assurance, points out Bjørn Søgård, Segment Director, Subsea, at DNV GL. Potential candidate projects like Chevron’s Janz-Io subsea compression project, in 1300m water depth 200km offshore Australia, are targeting topside power and controls.

Meanwhile, there’s also a growing move towards less simpler systems, which could provide a quicker win for less power-hungry near-term tiebacks and brownfield projects, such as the one TechnipFMC is working on with Brazilian electrical and automation firm WEG.

The floating offshore wind market could also offer an alternative market for these technologies – helping to bring power back to shore, instead of sending it out. 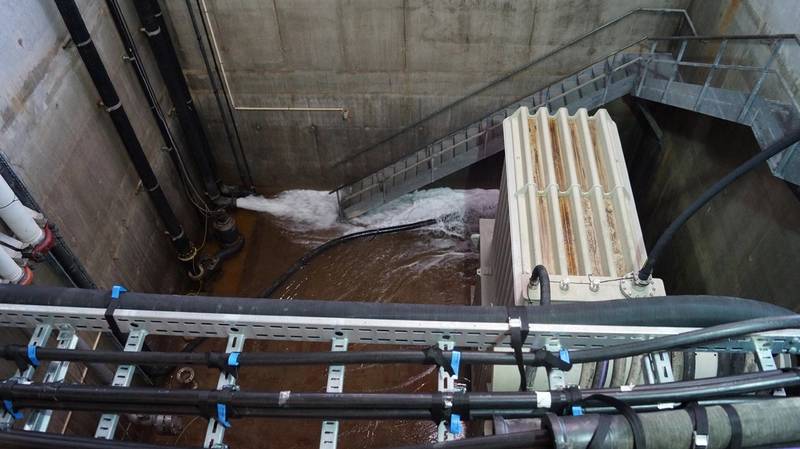 Selection from ABB showing its VSD being lowered into a test pit for a test with OneSubsea’s WGC600 and the control room during the test. Photos from ABB. 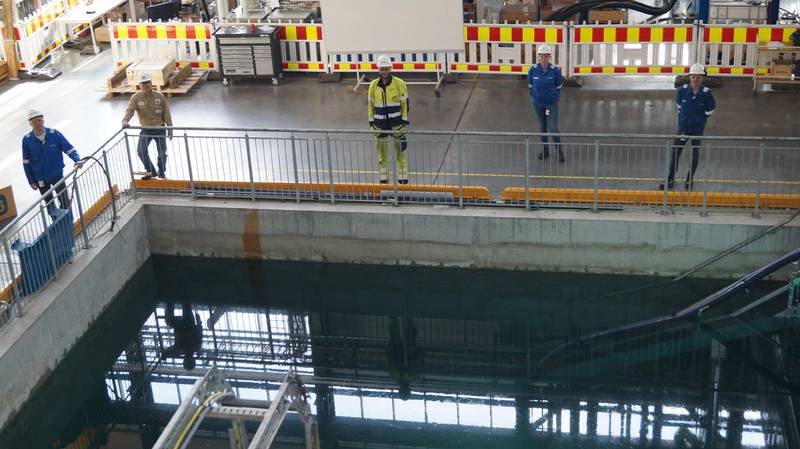 The vendors are looking at options. ABB’s system would be suitable for 4-12MW applications, says Asmund Mæland, Global Head of Subsea, ABB Energy Industries, such as a OneSubsea wet gas compressor (WGC).

In fact, earlier this year, ABB joined forces with OneSubsea and performed a full-scale string test using ABB’s VSD (which varies the power to meet the needs of the pump/compressor) on OneSubsea’s multiphase WGC6000 compressor.

The test, supported by the JIP partners (although the JIP is officially complete), was mostly carried out remotely, due to covid restrictions, with 100 client witnesses watching on.

“It’s scalable,” ABB’s Mæland says, and opens the path for longer distance oil tiebacks, but these hinge on solving flow assurance challenges, which others are working on, he says.

Longer gas tiebacks could also come, but these hinge on solving flow assurance challenges, which others are working on, he says.
Subsea pumping and gas compression are likely the first users for this technology, says Mæland, but also pipeline heating systems, for flow assurance.

Subsea to shore projects, which are enabled by this technology, are also being looked at by the energy companies, says Svein Vatland, Head of Subsea Technology Programs ABB Energy Industries.

Other ideas are also being assessed, such as using a subsea transformer and maybe also switchgear subsea to support brownfield platform electrification where lack of topside space or the economics of modifications would preclude such options, says Mæland. This is an area gaining interest in the UK, where platform electrification is seen as a way to reduce emissions. ABB is working with Aker Solutions and Kellas Midstream in this space, and it’s something BP has been exploring.

Beyond these ideas, the technology could also help integrate offshore wind power and even hydrogen into the offshore energy mix.

Subsea transformers could be used as gathering stations for offshore wind power, reducing platform maintenance, says Mæland. Having subsea power distribution could also support seabed mining operations and the increasing move to autonomous marine systems, which would need power. Integrating batteries and offshore wind would need subsea control systems, and this is something ABB is also working on. 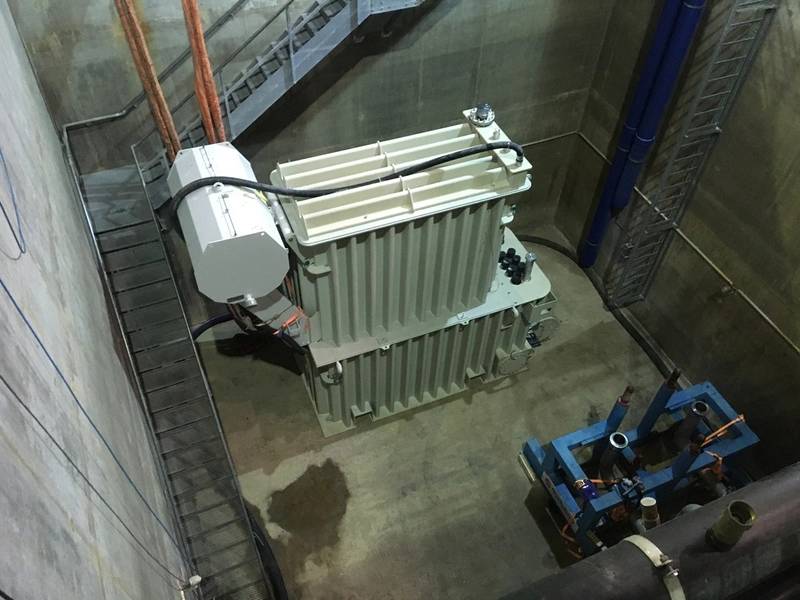 Another JIP was run by Siemens Energy to deliver 6 MVA of power over 200km and distribute it locally, is ongoing. Supported by Chevron, Exxon, Equinor, and Eni Norge (now Vår Energi), Siemens Energy is adding a VSD (now at TRL4), switchgear and controls to its already qualified transformer, all for 3,000 m water depth.

Siemens’ entire subsea power distribution grid, including VSDs, transformer, switchgear, and control, all in oil-filled pressure compensated enclosures or 1-atmosphere control canisters, was put through a full shallow water test in a dock in Trondheim in 2018-2019.
Since then, the company has been working through lessons learned, says Eduardo Pimentel Silvestrow, product life cycle manager for the Subsea Power Grid at Siemens Energy.

It’s reached TRL 4 on the VSD, making it ready for commercial use, alongside the already qualified transformer. The switchgear has been through an optimization project with a new version currently going through testing and is expected to be ready for commercial use in 2021. The power grid would work alongside Siemens’ DigiGRID, which is an open architecture infrastructure and communication platform facilitating all-electric control systems.

“We have proven what we wanted to prove,” Silvestrow says, “testing the underwater cooling capacity and we’re confident the cooling is as expected and matches all the simulations we have done.” Silvestrow says the company is seeing potential applications for multi-megawatt large compressors and single load as well as dual or mixed load applications.

While the prototype is 6 MVA, the system is modular, he says, and can be easily downrated or uprated as needed. In service, the VSDs could be put in parallel to provide higher power. Additionally, low voltage local distribution could be done using some of the subsea power grid elements.

TechnipFMC has been developing a subsea power distribution station since 2015, working with Brazilian firm WEG, but it’s been assessing the market since 2013, says Eduardo Cardoso, director of Subsea Processing Technologies at TechnipFMC. The company thinks there’s a gap in the market for less complex systems.

“We concluded there was an unmet market for subsea power distribution, as long as we successfully address the system cost and complexity,” he says. “Those were the main problems preventing customers from using subsea processing more frequently.”
TechnipFMC’s solution, based on existing components that have been marinized, is modular, based on 1.5MW subsea VSDs that can be combined, in parallel, to create 1-6MW power stations.

Initially, TechnipFMC is looking at 6MW and lower projects, which will mean it’s mostly targeted to pumping projects down to 700kW. It’s a good fit for single pump applications that need something lower cost where the topside is constrained, but it can be scaled up, says Cardoso.
It’s also a good fit for all-electric fields, including electric Xmas trees, he says, as that means you no longer need hydraulic cables and would have a more flexible power distribution architecture.

“With the Subsea Power Distribution Station, you have a lower overall system cost as you have removed all the real estate modification constraints,” he says, highlighting that a power control module topside would mean adding 70-100 tonnes and the mechanical structure adjustments that comes with it.

When that’s all subsea, you just need to hook up a power umbilical. “With that, we can start entertaining tiebacks in ways we haven’t seen before. Now wells that are sitting far from a host can ignore the distance issue and just add pumping.”

TechnipFMC has run an extensive qualification program on the technology, including a full load test on the subsea VSD to make sure it can manage the heat efficiently. A 3000-hour test is ongoing. 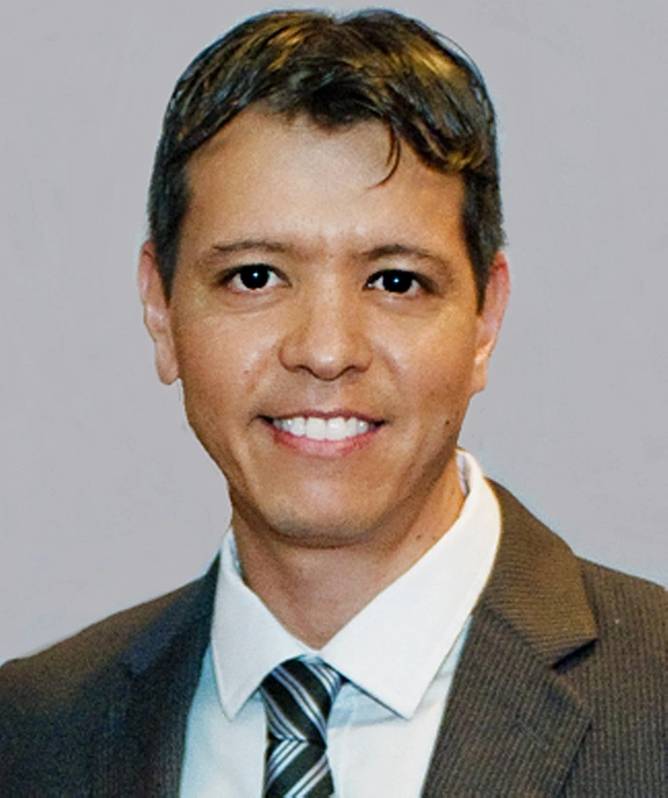 “With the Subsea Power Distribution Station, you have a lower overall system cost as you have removed all the real estate modification constraints,” highlighting that a power control module topside would mean adding 70-100 tonnes and mechanical structure adjustments.
Eduardo Cardoso, Director of Subsea Processing Technologies at TechnipFMC

In 2016, GE Oil & Gas qualified a subsea power distribution system based on existing components marinized in pressure tolerant housings to provide power over a 120km distance to the Ormen Lange subsea compression project, which then, as mentioned above, didn’t materialize. The project included variable speed drives (VSDs), switchgear, and power protection.

Since then, Baker Hughes (which was bought by GE, but is now an independent company again) has been working on its Modular Compact Pump which, with its own integrated VSD, will not need a complex subsea power distribution system, says Alisdair MacDonald, business leader, subsea power and processing, Baker Hughes.

The MCP is a barrier fluid-less system for multiphase boosting with an integrated VSD in one-atmosphere containers, based on topside VSD technology from Calnetix in California. It’s due to be qualified in shallow water test at Sintef flow loop in 2022 MCP 1MW will be qualified at the same time, taking it to TRL 4-5.

“Because we have the MCP, we don’t need a conventional type-3 (supply, transmission, and distribution) for either multiphase boosting or water injection,” says MacDonald. As already pointed out, more conventional subsea pump systems could benefit from a type-3 system, particularly for longer step-outs, but then you have some flow assurance issues to overcome, he says.

For subsea compression, a type-3 would still be needed, yet potential projects that could have used this solution have favored power equipment topside on a spar or floating structure near to the compression station. Others are considering power from shore, with the VSDs onshore.
Time will tell. The march of electrified systems is ongoing. The all-electric subsea production system is the next step. Once that’s adopted, the industry could move faster and also start thinking about autonomous power systems, power buoys, and tidal power – see page 30.