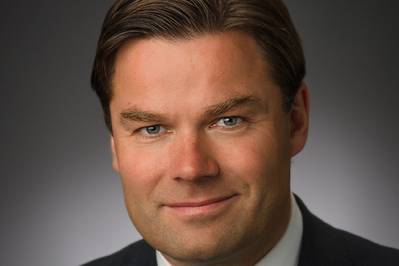 Oslo-listed seismic surveyor TGS fell more than 10 percent after reporting disappointing third-quarter results on Thursday, as oil firms were still too cautious to spend despite a raft of upbeat earnings.

TGS, which maps the seabed in search of hydrocarbon deposits for oil firms, reported quarterly operating profit of $24 million, down from $26 million a year ago and missing a forecast of $37 million returned by a Reuters poll.

While oil companies like Shell, BP and Total are reporting bumper profits in the third quarter, they are keen to control costs, so their suppliers are yet to reap the benefits from an upturn in the oil price.

"E&P (exploration and production) companies are still spending out of their 2018 budgets, which on aggregate were flat compared to the year before," TGS said in a statement.

In the third quarter advance payments from oil firms covered 33 percent of operational investments, down from 54 percent a year ago, the quarterly report showed.

TGS also said it also took impairments of $10 million in the period as some projects in Brazil, Canada and the U.S. part of the Gulf of Mexico were delayed.

"TGS shares fell on missed consensus expectations, which might have been too high," Fredrik Stene at Pareto Securities said. "A 10 percent fall is a way too heavy reaction for a singular quarterly result." He added that the outlook for seismic firms is improving.

The share price drop at TGS, the largest seismic company by market capitalization listed in Oslo, dragged down other firms in the industry, Stene said.

Seismic surveyor Polarcus, which also reported third-quarter results on Thursday, was down 9.2 percent, while rival PGS was down 3.4 percent.

Upbeat Outlook
TGS said it expected oil companies to increase spending on exploration and seismic surveys in 2019, supported by strong cash flows this year and a need to replenish depleted reserves.

It maintained its guidance for new multi-client investments - seismic surveys that TGS can sell to several customers - at $260 million for 2018, and kept the quarterly dividend unchanged at $0.20 per share.

In the U.S. onshore region, oil producers are facing increasingly complex geology and will need more seismic surveys, while oil independents replacing majors in the North Sea and the U.S. Gulf of Mexico could be more aggressive in exploration, its executives told an earnings presentation.

As activity picks up, the oil companies will also have to pay higher prices to service firms, TGS said.

"(Oil companies) seem to be planning to have flattish prices in 2019, but we see the upside to pricing," said TGS Chief Financial Officer Sven Boerre Larsen.

"The real kicker in the seismic spending is coming in 2019," Stene said.