Scientist Pool Data to Create the $3B Ocean Map 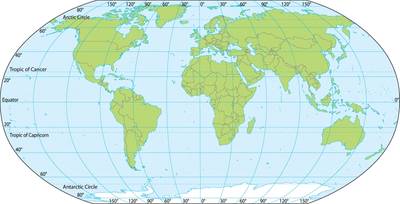 For experts in the field of ocean mapping it is no small irony that we know more about the surfaces of the Moon and Mars than we do about our planet's sea floor.

"Can you imagine operating on the land without a map, or doing anything without a map?" asked Larry Mayer, director of the U.S.-based Center for Coastal and Ocean Mapping, a research body that trains hydrographers and develops tools for mapping.

"We depend on having that knowledge of what's around us - and the same is true for the ocean," he told the Thomson Reuters Foundation.

With their deep craters and mountain ranges, the contours of the earth beneath the waves are both vast and largely unknown.

But a huge mapping effort is underway to change that.

The U.N.-backed project, called Seabed 2030, is urging countries and companies to pool data to create a map of the entire ocean floor by 2030. The map will be freely available to all.

"We obviously need a lot of cooperation from different parties - individuals as well as private companies," said Mao Hasebe, project coordinator at the Nippon Foundation, a Japanese philanthropic organisation supporting the initiative.

"We think it's ambitious, but we don't think it's impossible," Hasebe said.

The project, which launched in 2017, is expected to cost about $3 billion. It is a collaboration between the Nippon Foundation and GEBCO, a non-profit association of experts, which is already involved in charting the ocean floor.

The end result would be greater knowledge of the oceans' biodiversity, improved understanding of the climate, advanced warning of impending disasters, and the ability to better protect or exploit deep-sea resources, said Hasebe.

A CENTURY OF ADVANCES

So far, the biggest data contributors to Seabed 2030 have been companies - in particular Dutch energy prospector Fugro and deep-sea mapping firm Ocean Infinity. Both were involved in the search for the Malaysian airliner MH370, which disappeared in 2014.

But mapping the oceans goes back much further, said Mayer - to 1903, when Prince Albert I of Monaco was the first to do it comprehensively. The rudimentary method involved tossing overboard a "hunk of lead at the end of a rope" to plumb the depths.

Technology evolved after the second world war to using echosound reflections, but that produced only a "blurry picture", said Mayer.

Today, high-tech multibeam echosounders transmit a fan of acoustic beams from a ship, which ping back depending on the depth and topography of the ocean floor. That creates data points, which can be converted into a map.

"With advanced sonar technology it really is like seeing. I think we've come out of the era of being the blind man with the stick," said Robert Larter, a marine geophysicist at the British Antarctic Survey.

"We can survey much more efficiently - and, not only that, but in much greater detail," he said, adding that the work was painstaking.

The advent of new technology such as underwater drones and robots is also speeding up the mapping process.

A global competition hosted by energy giant Shell - the Shell Ocean Discovery XPRIZE - is also underway, offering $7 million to teams that can develop technologies to conduct ocean exploration autonomously, rapidly and to a high resolution.

A team from Seabed 2030 has reached the final stages of the competition with an idea based on remotely operated robots working in extreme depths to map territory independently.

Exploring Earth's final frontier will do more than satisfy scientific curiosity - it should bring economic benefits too.

More than 90 percent of the world's trade is carried by sea, according to the International Maritime Organization (IMO), a U.N. body, making safe navigation a key motivator for mapping.

Seabed 2030's map would have other benefits, experts said - in a warming world it would provide a better idea of sea levels as ice melts and, importantly, warn about impending tsunamis that could devastate coastal communities.

They said it would also help the so-called "blue economy" as countries and companies seek to protect or exploit deep-sea resources - from exploring for oil and gas to installing wind farms or laying fibre-optic cables for the internet.

That is predicted to become more important in the coming years, according to the Organisation for Economic Cooperation and Development (OECD). It expects the ocean economy to contribute $3 trillion to the world economy by 2030, up from $1.5 trillion in 2010.

Some parts of the oceans - the east coast of the United States, areas around Japan, New Zealand and Ireland - are relatively well mapped, experts said. Others, including the West African coast or that off the Caribbean, remain largely blank.

The introduction of the 1982 United Nations Convention on the Law of the Sea (UNCLOS), an international treaty, allowed countries to determine their continental shelves and exclusive economic zones - legitimate territorial claims off their coasts.

It also spurred a rush to map and claim land, said Larter.

"That's the biggest land grab in recent history," he said.

For Julian Barbiere of UNESCO's Intergovernmental Oceanographic Commission, it would be a "paradox" if, after collaboration at a scientific and technical level to share data, countries used that knowledge against each other in geopolitical spats.

"There are already tensions in some parts of the world, and one of the reasons for that is access to resources," he said.

Some countries, he added, are reluctant to give up strategic proprietary data to the Seabed 2030 project, largely due to national security concerns or in areas with sensitive geopolitical tensions, such as the South China Sea.

"There is already a lot of data which is sitting there but it's not being released. We hope to change attitudes and to really get countries to contribute," Barbiere said.

The next phase of the project, he said, is to encourage data donors and crowd-sourcing - not just from exploration vessels but from cargo ships, recreational sea-users and fishing boats.

"(It) goes back to this principle: the ocean is an international space by definition ... part of the common heritage of mankind," he said.

Looking ahead, in a bid to meet the U.N. Sustainable Development Goal 14 - to conserve and sustainably use the oceans - mapping will take center stage during negotiations due to be completed by 2020, as nations create a new, legally binding treaty to protect the high seas.

"There are so many benefits to knowing more about the ocean floor," Hasebe said.

"Humanity as a whole would be able to benefit."