Shearwater Kicks Off Survey for KrisEnergy 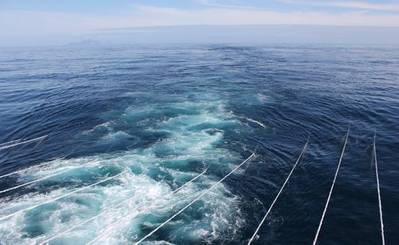 Independent upstream oil and gas company KrisEnergy announced the commencement of a 1,200-square-kilometer 3D seismic survey in the offshore Cambodia Block A concession, where the company is developing the Apsara oil field.

Shearwater Geoservices' Singapore subsidiary was awarded the turnkey broadband seismic contract, and it has deployed the vessel SW Vespucci for the project.

Around 200 square kilometers of the 3D program will be acquired over the Apsara development area to improve imaging of geological faults and sand bodies to aid in the finalization of the design of well trajectories ahead of development drilling for first oil.

Approximately 1,000 square kilometers will be acquired over a large prospective area in the southwest portion of the concession area, which has been sparsely explored by old 2D seismic lines, to improve data quality over the prospective trend in the western section of Cambodia Block A.

Cambodia Block A covers an area of 3,083 square kilometers in the Gulf of Thailand over the Khmer Basin, approximately 150 kilometers offshore Cambodia where water depths range between 50 and 80 metres.

KrisEnergy and the Cambodian government signed a petroleum agreement for Block a on in August 2017. KrisEnergy holds 95% working interest in Cambodia Block A with 5% held by the Royal Government of Cambodia.