Subsea Vehicles: A Journey to the Under – and Outer – Worlds

It’s often remarked upon that we know more about the surface of the moon than we do the depths of our ocean. Scientists are now shooting for both – and beyond.

Central to the two missions is the deployment of underwater technology, low power miniaturized sensors and terrain-based navigation. For WHOI’s part, it’s developing a low-cost, full ocean depth autonomous underwater vehicle platform (AUV), Orpheus, and a miniaturized chemical sensing, while JPL is giving Orpheus the ability to navigate, using image-based terrain relative navigation (TRN) – technology developed for use by the Mars rover and Ingenuity, its robot helicopter colleague. It may sound like science fiction, but it’s fast becoming science fact and the potential impact of successful exploration in both areas could also have huge ripple effects, says Tim Shank, Associate Scientist and deep-sea biologist at WHOI.

Orpheus – an AUV for the Underworld

Spearheading WHOI’s Orpheus development over the last five years has been Shank and Casey Machado, operations manager at WHOI’s Autonomous Vehicle and Sensor Technology (AVAST) facility (a kind of technology acceleration hub at WHOI where anyone with ideas can get help to test them out). Key to Orpheus’ design is for it to be compact and cost effective, says Machado. At £200,000 a pop, it’s certainly the latter. That’s meant taking a NASA approach – also known as “the rocket equation”, she says. That means really questioning everything that goes on the vehicle and using single sensors for multiple uses, where possible. “We want them to be small and accessible so we can hopefully expand our fleet in the future,” says Machado.

The vehicle’s batteries and electronics are stored in a glass sphere at its nose, along with its 4k HD camera, that’s used for gathering data but also the TRN. It also has a set of LED lights on the under carriage, to illuminate the seafloor, and an open bay for mission-specific scientific payloads. It has four thrusters, fore, aft and vertical, and while it’s fairly slow, it’s also power efficient, maximizing exploration capability, says Machado. Critically, it’s designed not just to move around above the seafloor, but also to be able to land to take samples – having identified a feature of interest. 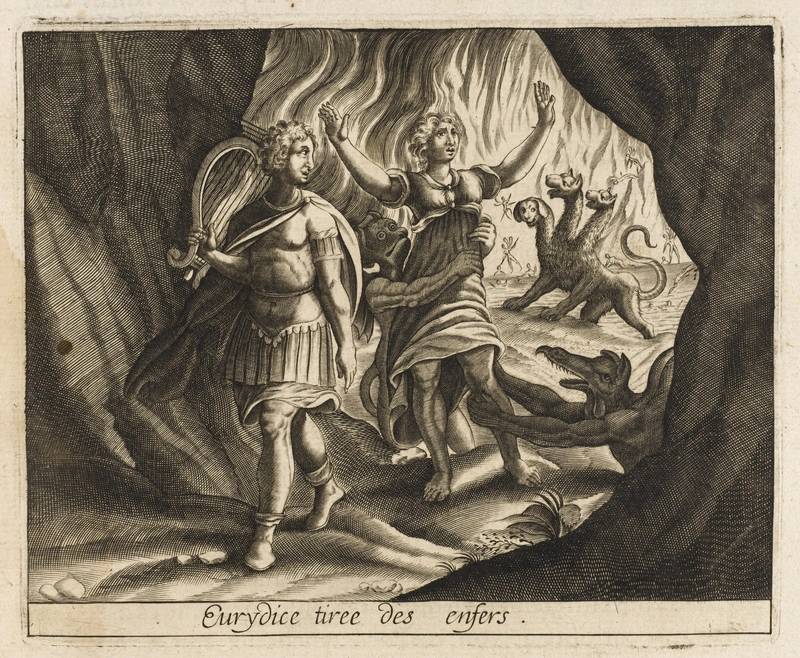 The mission also helped to demonstrate and advance the TRN capability, on which WHOI has been working with engineers Andy Klesh and Russel Smith from JPL. TRN works by using software to pick up unique features in what the camera sees and then uses them as navigation aids, tracking and following them. “It constructs a network of features on the seafloor (even just sand ripples),” says Shank, “and as we roll along the seafloor with the vehicle, it connects all these dots and basically makes a feature map for us, which is simply amazing, because at 10,000 m full ocean depth there’s little we can do with traditional way of acoustic navigation. What we plan to do is combine this with the visual camera data we have to make 3D seafloor maps to centimeter or even millimeter scale. So we’re super excited about this.”

TRN can be done with a small cheap camera – machine vision cameras are in the order of $1700, says Machado. While it’s not a complete navigation solution – some acoustics will be needed to give the vehicles an initial geodetic coordinate, to locate it within a global reference system – “once it is well calibrated to give us quantitative results, we can operate just by seeing the seafloor with a camera we already have onboard.” That’s instead of having to develop acoustics for that depth at cost and risk, she says.

The TRN software WHOI is using is the same sort of software that the Mars Rover used to find a relatively flat and a safe space to land on the moon. But there’s more to the link with NASA and JPL than that. There are six ocean worlds in our solar system, explains Shank. These are ice-covered oceans on various moons. “You’re looking at kilometers and kilometers of ice to get through, but once you get through the ice, we believe that there are salty oceans there, on Enceladus and Europa.” Europa is of specific interest and the central aim is to see if there’s life there. “That’s the goal and they’re teaming up with us because together we can advance getting to that moon and getting in the ocean and exploring it.”
Is there life on the moon Europa?

It’s believed that there could be life there because Europa, one of Jupiter’s 80 moons, and other moons have similar properties to Earth – a saltwater ocean and a hard core in the center. “Through gravity, with Jupiter, that core is squeezed, it’s pushed and pulled, to the point where it creates heat and that heat fractures that rock core, allowing seawater to go down and be superheated by that heat and then back rush up through the seafloor, much as the way that it happens on earth in hydrothermal vents. We’re working with JPL to work out how we would communicate, even (underwater) vehicle to vehicle, back up to the surface lander, back to Earth,” says Shank. Near-term, NASA's Europa Clipper mission will send an orbiter to study the moon during a series of flybys, while in orbit around Jupiter. Planned launch is 2024.

Of course, that’s not the sole goal. There’s just as much to discover on Earth in the underexplored Hadal Zone (6,000-11,000 m deep), says Shank. “Right now we have no systematic way of doing exploration or research in the Hadal Zone. It’s 47% of the depth of our ocean, with animals that have novel adaptations, animals that have produced novel genes, so it has a high capacity for discovering natural products, antibiotics, treatments for diseases and those kinds of things and these vehicles are going to allow us to do that. 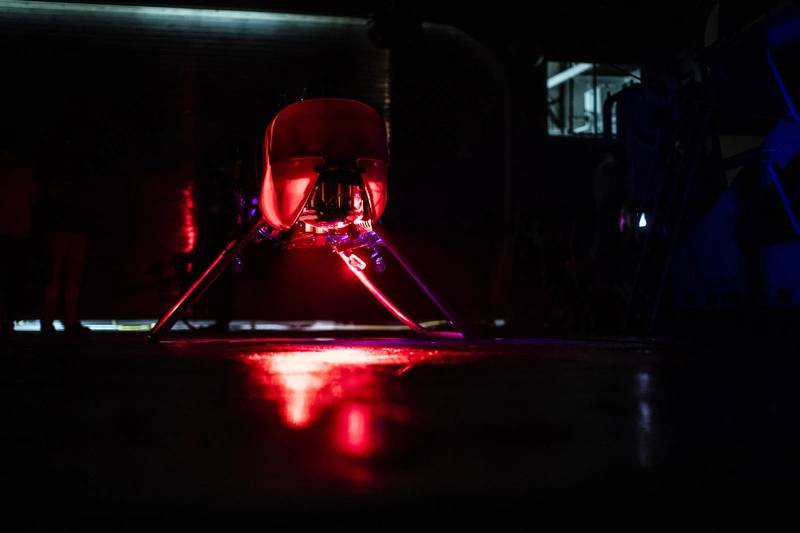 This is where another technology capability demonstrated on the Florida mission comes in; WHOI’s ISEA-X in-situ chemical sensor. ISEA-X is able to detect a variety of chemical species, including hydrogen sulphide, bisulfide, iron sulfides, all kinds of reduced chemical species, but also oxygen, peroxide, manganese and organics. It’s a technology Shank has been working on for almost 20 years, in which time it’s gone from weighing 60-70lb to less than 10lb today, with an eight-day endurance capability.

“What was really fantastic was that, after the dive, we were able to download the data and send it right to the lab in New Jersey. They analyzed that data and showed us where we had spikes of different temperatures and chemical species. We took the times that they told us there were these spikes and we mapped them on to our 3D seafloor reconstructions; the mosaics we made from the Orpheus downlooking video. That’s a real thrill,” he says. “Scientists believe there are fluids coming out of the seafloor at 8,000-10,000 m and this is the instrument that will allow us to discover those, explore those and conduct more research, so we are super excited about that.”
Steps towards autonomous Hadal Zone exploration

Following last year’s OECI demonstration mission, WHOI will be working on making Orpheus and Eurydice full ocean depth capable, but also to integrate the vehicle TRN odometry data into the vehicle control system. “Right now, it’s independent,” says Shank. “If we could integrate it, for closed loop control, we can come to the point of developing algorithms that we can use. As the vehicle runs over the seafloor, if it detects a certain chemical it knows that it can turn around and come back and return to that same point and sit down on the seafloor to take a sample. That’s the real goal; to go over a hydrothermal vent, to go over a hydrocarbon seep, to go over a giant clam, stop and turnaround, or communicate to another Orpheus vehicle that there’s a clam over at a certain coordinate, to go, sit down, and do some more work.” Work to integrate environmental eDNA and other sensors will also be carried out, working with JPL NASA to miniaturize them to get them on the vehicles.

“The idea is to have 10-12 of these being able to operate simultaneously, below 6,000 m, in a given trench, communicating with each other and reporting back up to the surface,” says Shank. “Once we have that group, we’re ready to go for the real grand challenge in our vision. That’s to go around and do a global tour of exploration of the different trenches. We have reason to believe the trenches are vastly different, depending on where they are in the world, and the diversity is really different and there are hubs of biodiversity and evolutionary novelty and it’s really important for us to compare them.” 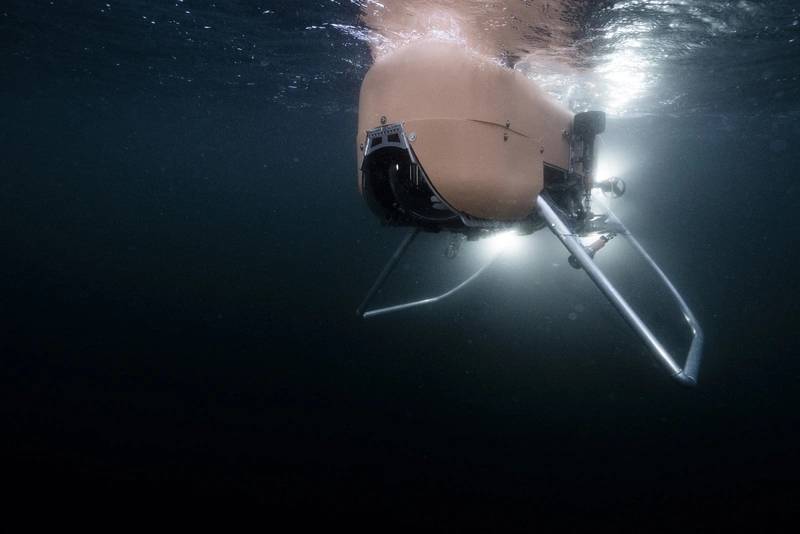