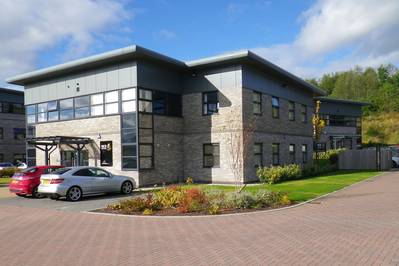 NCS Survey, an Acteon company, is continuing its targeted expansion program with the opening of a second office block at its headquarters in Aberdeen, UK, and new offices in Rio de Janeiro, Brazil, and Stavanger, Norway.

In Westhill, Aberdeen, which has been designated as a Subsea Center of Excellence, NCS Survey is close to the UK headquarters of several of its major clients and can rapidly mobilize people and equipment for survey operations to locations worldwide. The company has carried out more than 800 projects in 36 countries since inception in 2005.

The offices in Brazil and Norway are the first two in a series that will establish a truly  international presence for NCS Survey over the next three years.

In Brazil, NCS Survey do Brasil will provide a wide range of survey support for construction projects, including route surveys, pipeline and cable installation support, and autonomous underwater vehicle (AUV) and subsea visualization surveys. The opening of the local office and appointment of staff in Brazil benefit the company’s international clients with ease of accessibility.

In Stavanger, NCS Survey offers a full range of survey services from rig positioning through to construction support and AUV surveys. The Stavanger inventory of survey equipment and workshop facilities will support Norwegian Continental Shelf operations.

“We have had an exciting year since joining Acteon. It has given us the resources and support we needed to gear up our expansion plans and subsequently meet our customers’ expectations, said NCS Survey president Andy Gray. “The registration process in Brazil is now complete, and we have appointed Torsten Marten as general manager in Rio. Marten has more than 20 years of experience in the survey industry and previous experience of operating in Brazil. He has already instigated a training program for Brazilian field personnel.”

“Our Stavanger office opened on 5 Nov. with the appointment of Dave Roberts as general manager. Dave has 27 years of experience in the offshore survey business and will be a great addition to our management team,” said John Meaden, NCS Survey chief operating officer. “He will recruit local field staff, and the team will be supported by operations staff from the Aberdeen office when necessary. We have taken on an additional 25 personnel this year and plan to recruit 25 more between these three offices over the next six months.”