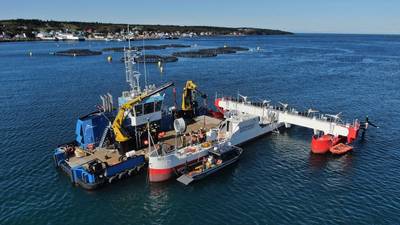 Sustainable Marine is set to demonstrate that Nova Scotia can produce vast amounts of clean and predictable energy from its world-famous tidal streams, after completing construction of its substation at Grand Passage. Photo courtesy Sustainable Marine

Sustainable Marine reports it is set to demonstrate that Nova Scotia can produce 'clean' and predictable energy from its world-famous tidal streams, after completing construction of its substation at Grand Passage.

“We are on target to connect the platform to the substation in the first quarter of next year,” said company Jason Hayman, CEO, while attending the annual Marine Renewables Canada conference in Halifax this week. “This will be a significant milestone for marine energy in Nova Scotia as it will be the first floating tidal platform to connect directly into the power grid.”

Sustain Marine said it has now successfully constructed an onshore electrical substation in the Bay of Fundy, designed to harness the untapped power from some of the world’s highest tides via the PLAT-I tidal energy platform – which is now installed and due to be grid-connected and generating energy by early 2022.

“Nova Scotia was built with a pioneering and adventurous spirit taking full advantage of its natural resources to drive growth and prosperity,” said Hayman. “In the wake of COP26, and the global push towards net-zero we are reconnecting with those core roots to accelerate the energy transition in Atlantic Canada, helping reinforce the region’s position as a leader in marine renewable energy. Nova Scotia benefits from some of the world’s most powerful tidal energy streams, and with rapidly advancing floating offshore wind technology, there is enormous potential to transform the future energy mix from harmful diesel and coal power generation to ultra-low impact marine renewables.”

Sustainable Marine’s pioneering PLAT-I floating tidal platform has been specially designed, with significant contributions from the local Nova Scotia supply chain alongside German turbine manufacturer Schottel, to operate within the Bay of Fundy’s Minas Passage - a highly challenging and aggressive environment experiencing some of the fastest flowing tides on earth.

Currently stationed at Grand Passage, the platform is being used to deliver an environmental monitoring program, which has been underway since 2018, testing state-of-the-art underwater cameras, hydrophones, echosounders and tracking devices to record marine life interactions in the high-flow environment. 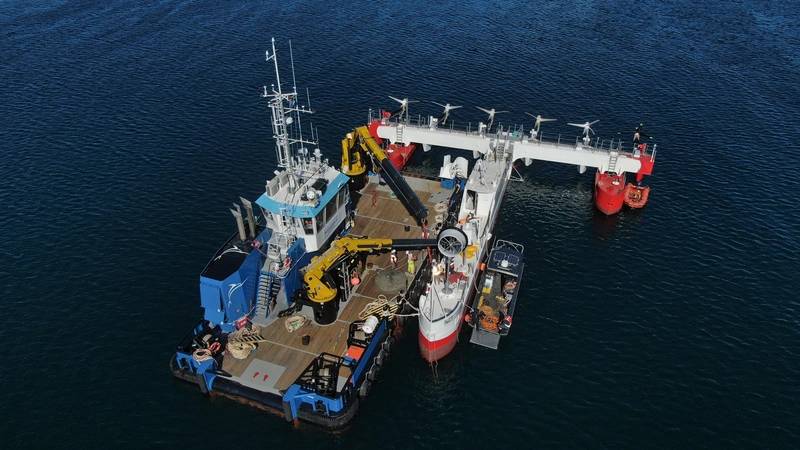