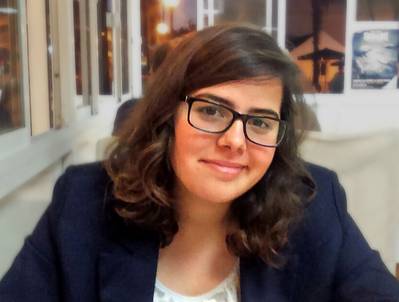 Software company Teledyne CARIS announced Tuesday that one of its software developers, Marta Padilla, has been awarded the Ministry of Education in Spain’s prestigious National Award for Excellence in Academic Performance in the field of Engineering and Architecture. This award is one of the oldest academic awards granted, with a history dating back to the 19th century. Recipients of this award are recognized as the overall best student in their field of study in the country.

Padilla completed a BSc in Geomatics and Surveying Engineering at the University of Jaen where she received a Collaboration Research Scholarship from the Ministry of Education, Culture and Sports as well as the Undergraduate Extraordinary Award for the best academic transcript in February 2016. She then earned a Master’s Degree in Geodesy and Cartography from the Polytechnic University of Madrid where she was the recipient of a graduate award for the best academic transcript. In 2016, she moved to Canada where she completed an MSc of Geodesy and Geomatics at the University of New Brunswick.

“We’re all very excited to learn that Marta has received this award,” commented Patrick Bradley, Director of Engineering, Teledyne CARIS. “Having joined Teledyne CARIS last fall, Marta is already playing a key role in the development of the next generation of geospatial software products. She is an exceptionally talented developer with a rare combination of programming and geomatics skills and a feel for creating a great user experience. She is well on her way to making the world a better place for anyone who works with or relies on geospatial data.”