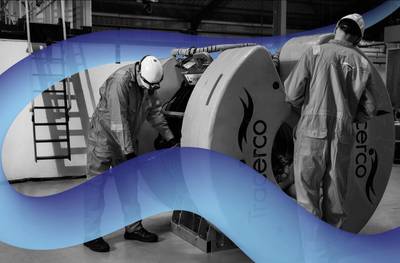 Tracerco, part of Johnson Matthey Plc, has been awarded a deep-water subsea inspection project to assess the integrity of a new pipeline in the Gulf of Mexico (GoM).

"Via the use of corrosion modeling, multiple inspection locations will be identified by the operator along the pipe," Tracerco said.

The scanner will then deployed to scan each pre-defined inspection area to obtain critical baseline data and identify and characterize any potential metal loss anomalies, defects or general wall loss.

"By obtaining this accurate integrity data on areas of future potential concern, the operator will ensure they have the data needed to be confident going forward, that the condition of their pipeline system meets all safety and regulatory requirements, whilst ensuring that maximum production is achieved," Tracerco said.

The company, which did not provide the financial details of the contract, said that after the initial inspection campaign, its scanner would be deployed annually to reinspect the new pipeline system to measure corrosion growth rates and identify any potential integrity concerns.

According to Tracerco, its subsea scanner, through non-intrusive inspections, can provide real-time data on a variety of integrity issues including pipeline corrosion, pitting and wall thinning, without interrupting production.