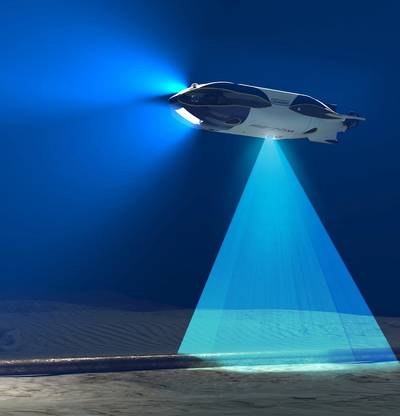 Valeport sensor technology has been selected by Oceaneering International for integration into its subsea Freedom vehicles.

Having previously supplied many sensors and probes for Oceaneering's ROV ranges, hydrographic and oceanographic instrument designer Valeport worked closely with the company's engineering team to meet challenges in communication and connector requirements. The Valeport sensors in the Midas Bathypack were ethernet enabled to offer precision sound velocity, conductivity, temperature, depth and altimeter data, which is used to enhance the operational capability of the Freedom resident vehicle. The subsea vehicle is also equipped with Valeport’s compact and robust environmental monitoring sensor, the Hyperion Fluorometer, for the high performance measurement of Chlorophyll A.