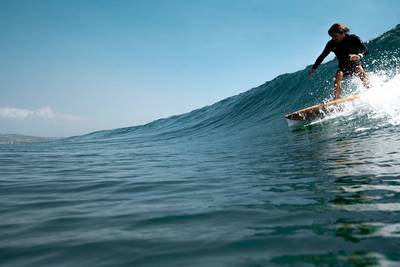 How changes to our coastline could wipe out surfing’s benefits

Before COVID-19, global surf tourism spending was estimated at up to A$91 billion per year. And since the start of the pandemic, demand for surfing has boomed as people increasingly turn to outdoor activities.

But surfing’s benefits to human well-being aren’t often studied in economics terms. This is a major knowledge gap we are now trying to fill.

Such research is important. Changes to the coastline – such as from sea walls and groynes – can dramatically reduce the quality of surfing waves. But the consequences of coastal developments on surfing are often poorly understood and rarely quantified before projects start.

It’s crucial we understand the real value of surfing, before we lose the myriad of benefits they bring – not only to Australia’s 1.2 million active surfers, but to hundreds of coastal towns where surfing underpins the local economy and lifestyle.

Surfing economics
There are many studies on the economic value of Australian beach pastimes such as fishing, swimming and diving. But not for surfing.

Internationally, we know surfing is a major direct contributor to the economy of wave-rich places. However, until recently, the value of surfing to human well-being has been largely unaccounted for. 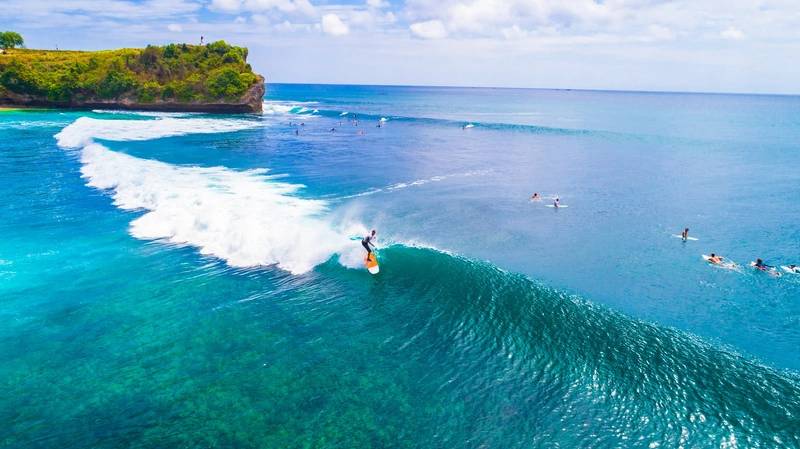 Surfing is a major direct contributor to many local economies all over the world. (© mariusltu / Adobe Stock)

This is despite recent evidence pointing to surfing’s positive social and health outcomes, including among war veterans and children with chronic illnesses.

Surfing Economics is an emerging field of research that documents and quantifies the total economic value of surfing. This can include, for example, increased house prices near good quality breaks, or social welfare benefits people derive from visiting surf beaches.

Building on the few previous surfing economics studies in Australia, our research aims to calculate the total economic value of surfing.

Our forthcoming study on the Noosa World Surf reserve, so far, demonstrates that the local economic contribution of surfing is in the order of hundreds of millions of dollars. This in terms of surfers’ welfare, as well as direct spending on surf gear and travel. 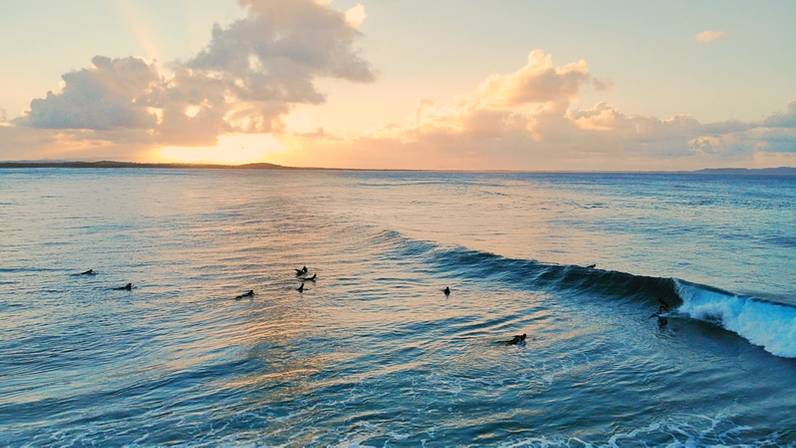 Overseas, the economic contribution is a little clearer. A 2017 study used satellite imagery to demonstrate that economic activity grows faster near good-quality surf breaks, particularly in developing countries such as Indonesia and Brazil.

In the UK alone, the overall annual impact of surfing on the national economy is calculated at up to £5 billion (over A$9 billion).

How coastal projects make or break waves
Swell waves are typically formed by winds blowing many kilometers offshore. It’s perhaps easy to think that this natural, distant origin means there’s nothing we can do about the formation of waves.

But the truth is surfing waves are the product of complex interactions between waves, tides, currents, wind and the shape of the seabed. Shallow coral reefs, headlands and sand banks are responsible for making highly sought-after waves.

By directly or indirectly impacting any of these factors, wave quality has been changed for better – or for worse. 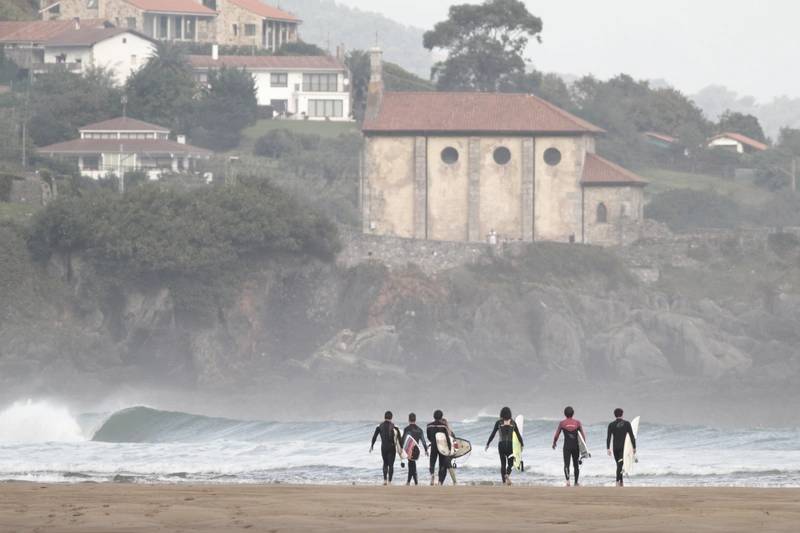 Mundaka in Spain had world-renowned waves, until dredging in a nearby river affected the swells. (© Iskander Barrena / Adobe Stock)

The world-renowned Mundaka wave, in northern Spain, temporally disappeared because dredging of the nearby rivermouth changed ocean dynamics. This resulted in a decline in economic activity and the cancellation of the Billabong Pro World Championship in 2005 and 2006.

In the Portuguese island of Madeira, the construction of a rock-wall severely disrupted the formation of the Jardim do Mar wave in 2005, and a fall in local economic growth rates followed. In Peru, the extension of a fishing pier negatively impacted Cabo Blanco, one of Peru’s best barreling waves, by shortening its length.

Closer to home, the Ocean Reef Marina, currently under construction in Perth’s north, will significantly impact three local surf breaks. About 1.5 kilometers of mostly unmodified beaches are being redeveloped into a brand new marina.

One of the most iconic examples is the “Superbank” at Snapper Rocks in the Gold Coast. There, a world class wave forms thanks to river sediment being relocated through the Tweed Sand Bypassing Project. 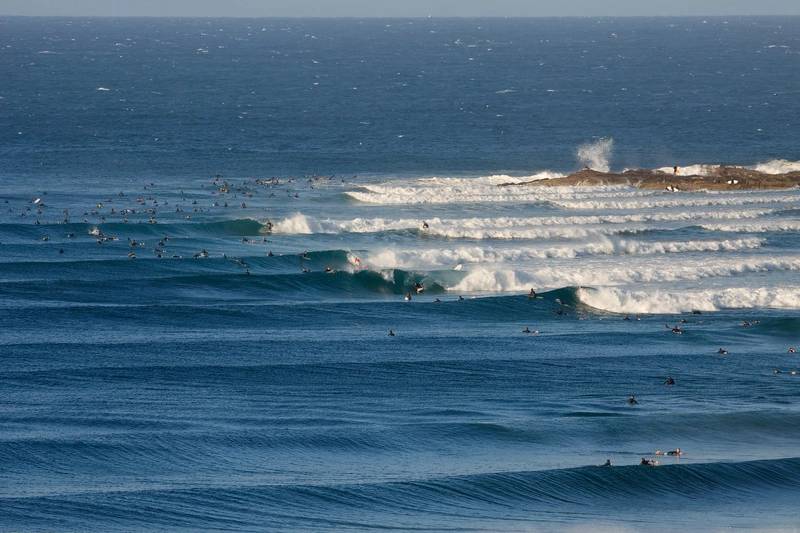 The project is costly to operate, but its expenses are outweighed by improvements to surf quality and beach amenity, which underpin the local economy and the nature-based, active lifestyle the Gold Coast is famous for.

In practice, this means threats to surf breaks by coastal activities, such as sewage discharges or building offshore structures, must be avoided or mitigated.

Similar recognition and valuation of surfing resources is necessary and would be highly beneficial for Australia.

A rigorous, science-based evaluation of surfing’s total economic value could serve to inform cost-benefit analysis of coastal management programs. These may include fighting erosion to protect the coastline, or building artificial surf reefs.

In these uncertain times of COVID-19, many of us cannot yet travel far away. But with 85% of Australians living by the coast, many of us can still catch a wave at our doorstep – and that is priceless.

Alaya Spencer-Cotton is a research assistant at The University of Western Australia.

Javier Leon is a senior lecturer at the University of the Sunshine Coast.

Neil Lazarow is a senior research consultant at CSIRO.

In December OceanWise bid a fond farewell to a legend of the industry: John Pepper who took the final leap to retirement…