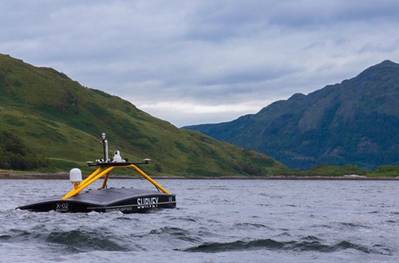 In September, XOCEAN completed pipeline surveys for Equinor off the east coast of England and the north coast of Germany.

Using high-resolution multi-beam technology, four pipelines were surveyed with a cumulative length of 130nm in water depths ranging from 2m to 40m. Throughout the surveys, a team of USV Pilots monitored both the USV and the data quality 24/7 from XOCEAN’s Control Room in Ireland.

XOCEAN has added TWCP surveys to our offering following the successful completion of a world’s first using an Unmanned Surface Vessel (USV).

During September, XOCEAN safely completed TWCP surveys for PX Group on pipelines in Shetland and off the coast of Aberdeenshire. Running up to 9km from shore, the surveys were monitored and controlled by a team of onshore USV Pilots.

SubChem Systems, Inc. is a Rhode Island small business, and contractor for the US Department of Defense. Our company offers specialized submersible chemical analyzers for nutrients, trace metals and other chemicals of interest. The primary goal of our company is…