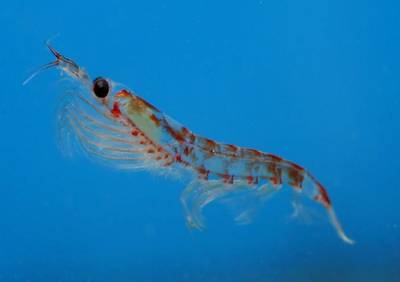 Antarctic krill are shrimplike, pinkie-length crustaceans. They form the base of the Antarctic food chain, and are an essential part of the ecosystem. (Photo: NOAA AERD)

As fisheries are starting to harvest krill resources to feed the world’s population, this must be done in a sustainable manner, based on accurate, scientific observations.

Today, one-third of commercially important marine fish stocks in the ocean are suffering from the effects of overfishing. As krill is becoming an important supplement for fisheries looking to harvest new resources, sustainable management of krill fisheries has come to the fore.

Scientists at NOAA’s Southwest Fisheries Science Center in the USA are working to understand the interactions between krill, their predators and the fishery. This is done by using technology that combines acoustic Doppler current profiling and the capabilities of an echosounder in one device.

This is essential research, because in the ocean, even the smallest creature can have a large impact. Reaching just 6 cm in length, an individual Antarctic krill may seem insignificant in the vastness of the Southern Ocean, but together they form huge aggregations that can reach several kilometers in length and hundreds of meters in thickness. Antarctic krill are vital for the Southern Ocean ecosystem, feeding a host of marine animals including whales, seals, penguins and squid that either live in the Southern Ocean year-round or migrate there to feed on these tiny crustaceans. 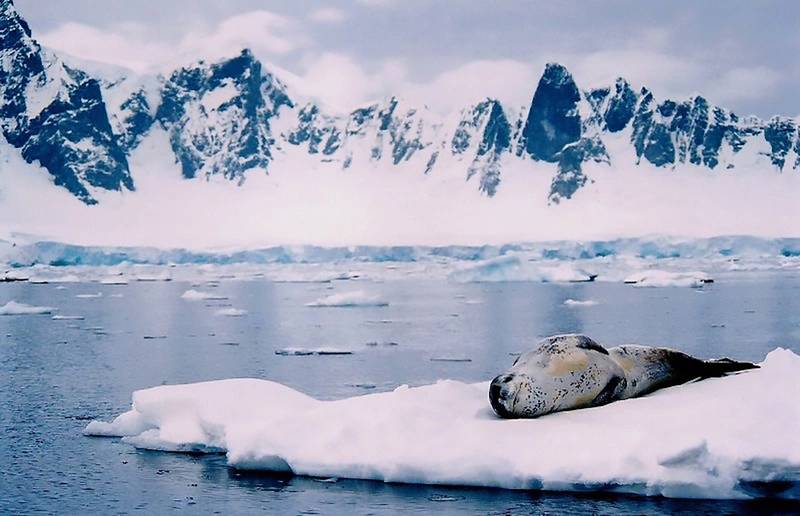 According to National Geographic, roughly half a leopard seal’s diet is made up of fish and krill. Gentoo penguins, who in turn eat krill, are a favored menu item of the leopard seals that patrol the waters around their colonies. (Photo: NOAA AERD)

A balancing act for krill fisheries
The Southern Ocean has seen some significant changes over the last few decades. With the climate crisis, waters are warming, losing oxygen and salinity, and acidifying – all putting pressure on krill. The region has also seen an increase in commercial fishing directed at krill. For the management body charged with managing the Southern Ocean, CCAMLR (The Commission for the Conservation of Antarctic Marine Living Resources), it’s a balancing act between allowing a fishery to take enough krill to allow it to be commercially viable and leaving enough for predators to eat – and letting enough krill survive to keep reproducing – all under rapidly changing conditions.

Laying the foundation for informed management decisions
Dr. Christian Reiss, a fisheries scientist at NOAA’s Southwest Fisheries Science Center in the USA, is part of a team whose research in the Antarctic specifically supports management decisions.

“We conduct research around the Antarctic Peninsula, where the fishery for krill is the largest,” Reiss explains. “What we’re trying to do is to be precautionary in the way that we manage krill.” 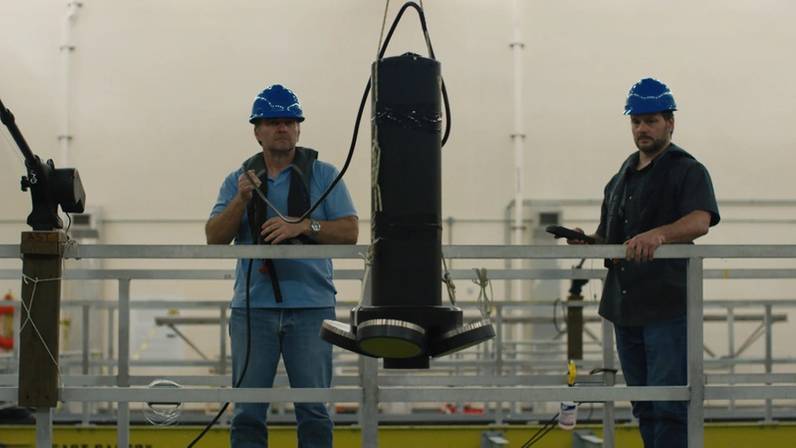 To study krill biology, abundance and distribution, Reiss and colleagues used ships to run their acoustic and net surveys. Although they have learned much about krill, ship-based research is not without its challenges. It is expensive and often inflexible with respect to timing and duration – especially so when operating in remote regions like the Antarctic.

Historically, the krill surveys typically took place in the austral summer – the same time as the fishery. However, fisheries are now spending more time in the Antarctic, and have moved into other areas not covered by the surveys. Further, there are some aspects of ship-based research that limit what scientists can learn about krill dynamics.

“We are in a space for an hour, then we move to the next space 40 miles away and we take another sample, and we do this for weeks. We’re occupying a space for an insignificant amount of time,” Reiss explains.

From a management perspective, defining what is precautionary, what “good catches” are, requires having data at appropriate time and space scales. Expanding the timing and duration of ship-based research to match the fisheries is economically infeasible, so Reiss and colleagues looked for a different way to survey the Antarctic. The solution has been to embrace autonomous technology. 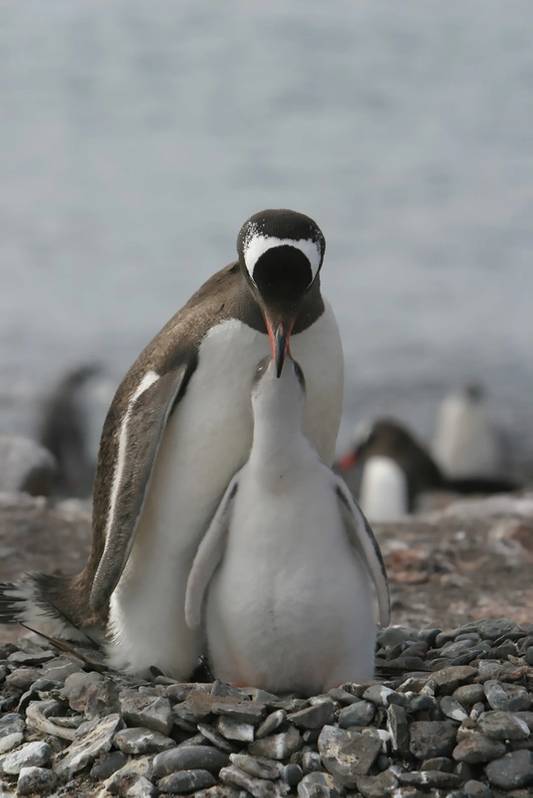 Using novel ADCP technology for improved data collection
With the help of two other CCAMLR nations (Norway and the UK) and the U.S. National Science Foundation, a suite of moorings equipped with Signature100 ADCPs and gliders was deployed in the Antarctic Peninsula’s waters last year.

“Multiple simple moorings like the ones we have designed for this program generate near-complete time series of biological conditions in the vicinity of fishing areas, albeit at fixed locations. The gliders, although slow-moving, can provide the spatial context from which to interpret the mooring data – and can sample over months for a fraction of the cost of ship-based research,” Reiss says. 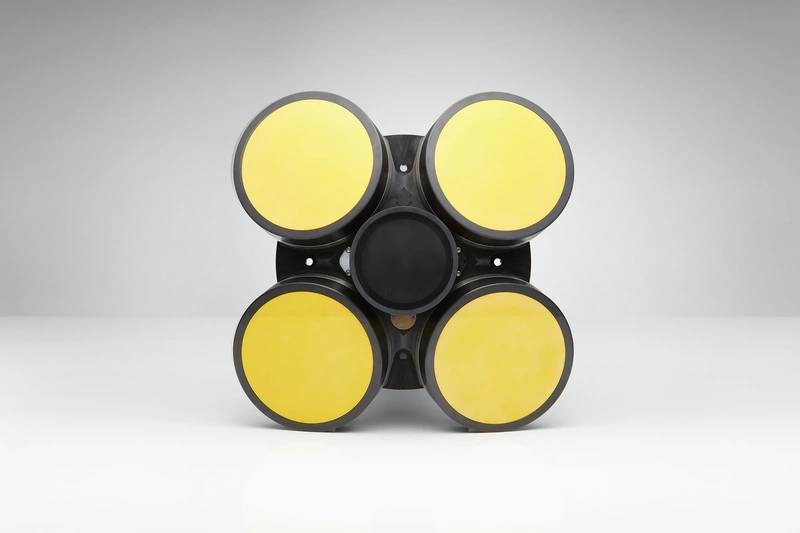 The Signature100 ADCP is being used to determine sustainable harvesting of krill, which is an essential part of the ecosystem in the Antarctic. (Photo: Nortek)

The data collected will help to conserve the Southern Ocean ecosystem. For example, it will help researchers understand interactions between predators, fisheries and krill by answering questions such as how fast krill come back into an area once a fishery has removed them, and how much overlap between fisheries and predators occurs.

If fisheries are targeting krill in the same places used by predators, then fishing a small amount of krill could have a bigger impact on predators than if a larger amount of krill were fished elsewhere.

For this small research team, the Signature100 ADCP is crucial. From a logistical perspective, because the instrument is an integrated ADCP and an echosounder in one device, a smaller number of people are needed to maintain and deploy them than if they were separate.

In addition, the instrument’s ability to collect large amounts of data over several months (around 100 GB per instrument) means fewer trips out to what is a very remote part of the planet.

Because the research will operate over many years, calibration and a standardized setup prior to deployment have been essential.

Year in, year out, “if one instrument measures 10 g of krill, the other one should be measuring 10 g of krill for the same amount of acoustic energy that comes back. That standardization becomes critical to understanding the amount of krill that is in the system,” Reiss says. 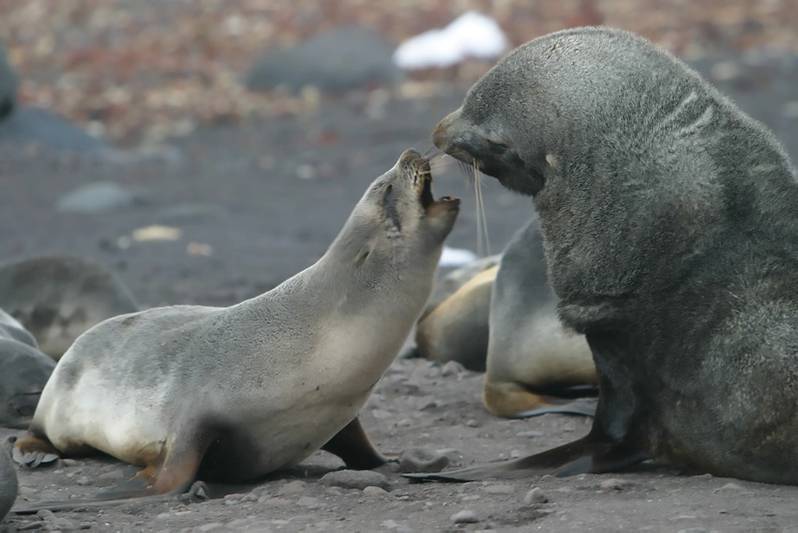 Estimating krill biomass with improved accuracy
The Signature100 ADCP has proven particularly efficient at picking up krill as they move throughout the water column and with currents:

“The data we’ve collected so far has been very high-quality data, with a good signal-to-noise ratio. That’s allowed us to be confident that we can move forward with estimating the krill biomass that is critical to our work,” Reiss explains.

Reiss and his fellow researchers have also deployed the moorings and gliders in the Antarctic in
the austral summer of 2019.

“Within two to three years, the data we have collected with these instruments will be used by CCAMLR to understand all manner of interactions between krill, their predators and the fishery,” Reiss says.

“You can say we ‘see’ the ocean in the Antarctic through these instruments,” he concludes. 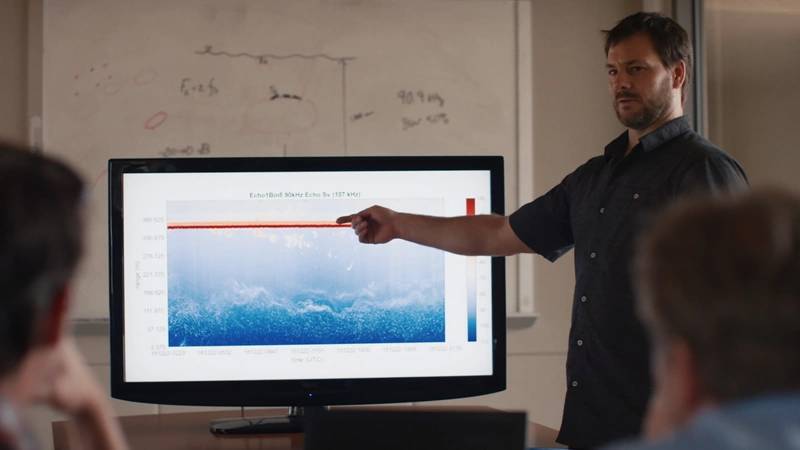 The data collected with the Signature100 ADCP and other tools will contribute to the conservation of the Southern Ocean ecosystem. (Photo: Nortek)

New Institute for Conservation of Coastal and Offshore Fishes

In a new 3D modelling study published this week in Science Advances, we show that the giant extinct shark, Otodus megalodon…