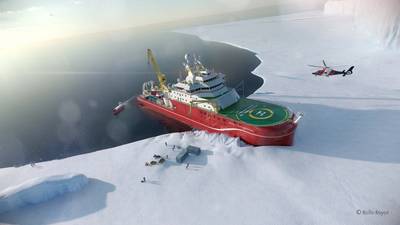 Rolls-Royce is marking another milestone on the journey toward the completion of Britain’s new polar research vessel the RRS Sir David Attenborough being built by Merseyside shipyard Cammell Laird.