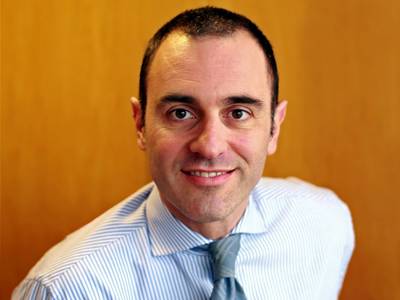 JFD, a subsea operations and engineering companies, has today announced the appointment of Valerio Percoco as Sales Director.

The appointment follows the company’s significant growth over the past 12 months, which included a significant contract win with NATO, as well as the merger of James Fisher Defence, Divex and the National Hyperbaric Centre to create the  largest provider of subsea operations and engineering solutions, equipment and services for defence and commercial markets.

Valerio Percoco joins JFD from Offshore Installation Services (OIS), a  subsea integrated project management service provider. Through a series of leadership and project management positions, including several roles in the offshore industry, he has successfully steered a number of major projects and achieved substantial business growth and expansion. He brings a wealth of experience and skills to his new role in driving ambitious growth targets through to fruition as JFD continues with further development and expansion in both new and existing markets.
Giovanni Corbetta, Managing Director, JFD commented: “2015 was a landmark year for the business, following a number of mergers and acquisitions which broaden our range of capabilities and services in the defence and commercial diving markets, as well as several significant contract wins including the landmark £12.1m contact for the provision of the NATO Submarine Rescue System (NSRS). It is therefore important that we further develop the infrastructure of the business and scale up accordingly to ensure we are able to meet the demands of our global customer base, both now and in the future.”
JFD also recently announced the expansion of its UK footprint in support of its continued growth, with the opening of new offices in Glasgow and Bristol. The company operates from a strong global presence across all markets including Europe, North America, Asia and Australia, ensuring that it is able to respond quickly to customer demands anywhere in the world.
• Australia • Europe • Giovanni Corbetta
Email