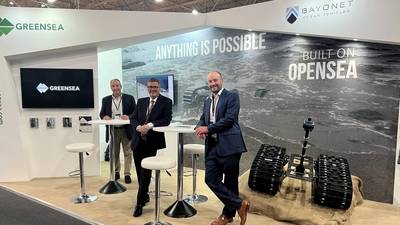 Deployable from land or water independent of weather, the new Bayonet crawlers have been designed to transit along the ocean floor as well as on land; capable of working the surf zone, at ocean depths of up to 100 meters, and all the way up the beach.

The Bayonet 150, 250 and 350 amphibious crawlers, are built on OPENSEA, Greensea’s fully open architecture platform. Benefiting from this software, the crawlers offer precision navigation, payload integration, autonomy, and over-the-horizon command and control, and, combined with robust hardware, cover a wide range of possible payloads and applications.

Originally developed by Arnis Mangolds and Mike Farinella of C-2i, the crawlers can easily work in the surf zone, carrying larger sensor payloads on the seafloor, and can be fitted with a variety of environmental, oceanographic, hydrographic, benthic and industry specific sensors to accommodate numerous commercial and military applications.

These can include hydrographic survey, wind farm survey and maintenance, littoral warfare such as mine detection and clearance, coastal dredging support, environmental monitoring of the seafloor, beach zone, rivers and marshes, and wharf inspections. 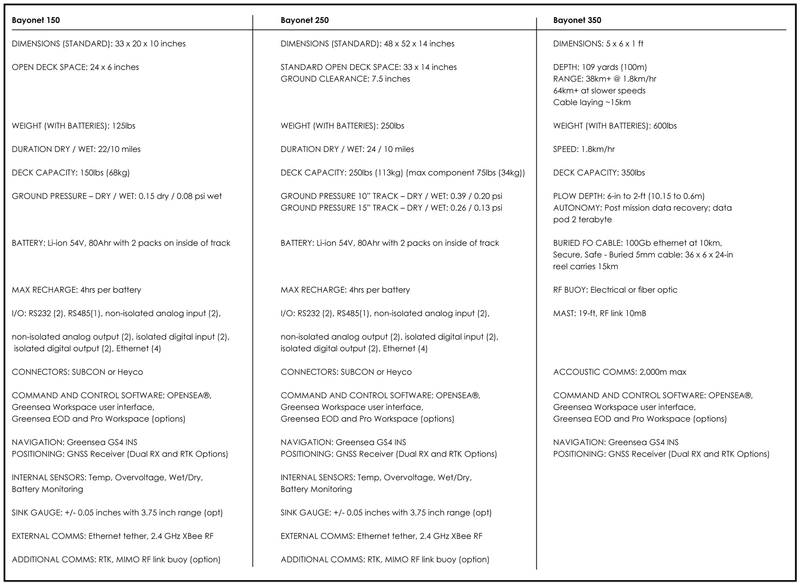 Does Australia Need ‘Interim’ Submarines to Tide It Over Until Nuclear Boats Arrive?