Engineers and scientists from the National Oceanography Centre (NOC) recovered Boaty McBoatface from Thales Turnchapel Wharf in Plymouth, where the AUV completed its deployment out in the Southwest Approaches.

This deployment focused on proving the endurance and data gathering capabilities of Boaty, to ensure it is prepared for scientific deployments anywhere in the ocean. Over a period of five weeks the autonomous vehicle travelled from Plymouth out to the continental shelf edge south of Ireland and back to Plymouth, covering a distance of almost 2,000km while venturing to depths of over 1,000m.

Unaccompanied by a support vessel, Boaty was surfacing roughly every 24 hours to telemeter sensor data and receive new piloting instructions from the team in Southampton.

Capable of being deployed for up to three months, there are six in the fleet of Autosub Long Range (ALRs) vehicles. The Plymouth deployment demonstrated new technologies that will be used to deliver planned future ground-breaking science expeditions, such as exploring under the sea ice in the Weddell Sea or monitoring the long-term environmental impacts of decommissioned oil and gas infrastructure. 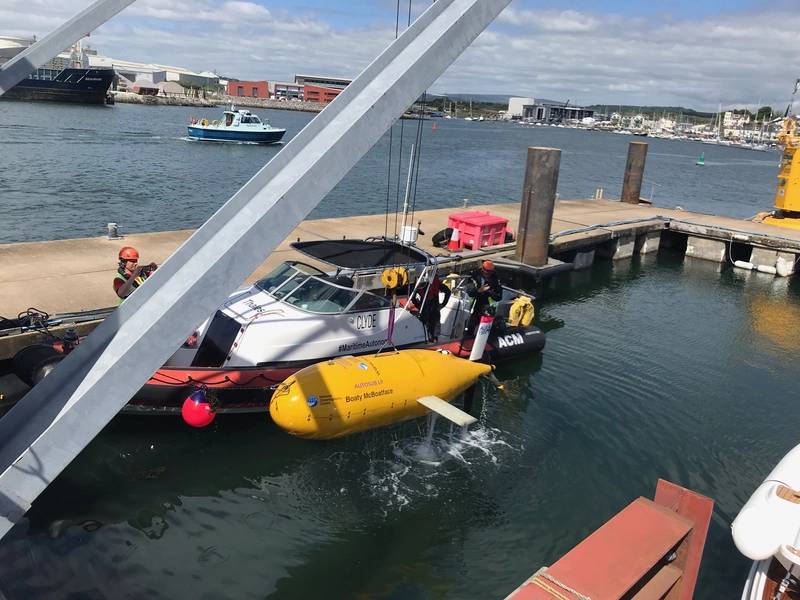 Photo courtesy NOCThe NOC has been leading the UK’s road to net zero oceanographic capability with the Marine Autonomous Robotic Systems (MARS) Development Group. Scientists and engineers at the NOC are using autonomous underwater vehicles to provide information and data to assess the impact that investments into clean energy may have on coastal ecosystems, such as the impact of offshore wind farms in areas that the UK depends on for fish, transport, leisure & wellbeing, as well as energy extraction.

“This latest expedition is the longest journey undertaken by Boaty and marks a number of significant achievements for the Oceanids development program," said Alex Phillips, Head of the MARS Development Group at NOC. "The ALR has managed to follow a challenging and hazardous pathway from the UK shore out to the continental shelf break, covering a distance of several thousand kilometers before making a safe return to Plymouth. During this time, it has dived to depths over 1,000m, collecting data that informs us of the changing currents, structure and productivity of UK seas.”

“Although a technical trial, Boaty has collected information that will help link how physical conditions and changes in UK waters impact marine ecosystems and ocean health," said Matthew Palmer, Chief Scientist of Marine Autonomous Robotic Systems at NOC. "New state-of-the-art sensors will monitor currents, temperature, changes in the seabed, and how phytoplankton and oxygen levels change over space and time. The long-range capability from shore to deep ocean will also contribute to our understanding of how short and long-term changes in our oceans and the UK’s coastal seas are a result of human actions such as pollution, fishing, and industry, as well as climate change factors.” 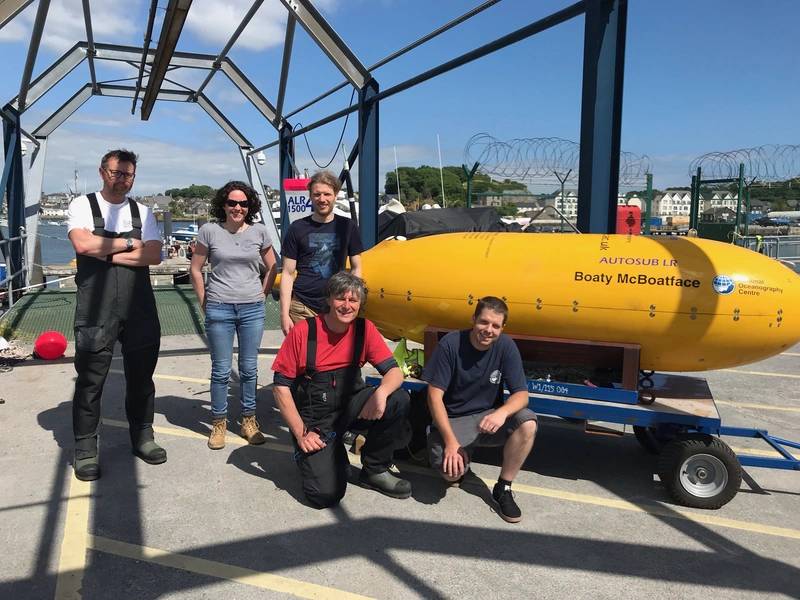