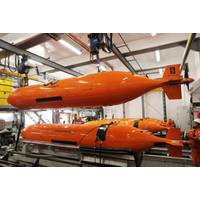 awarded a contract by Total E&P Angola, to conduct 2D ultra high-resolution seismic surveys and seabed soil sampling in Block 32 and Block 17, offshore Angola.Ocean Infinity’s recent expansion to their fleet of autonomous underwater vehicles (AUV) and further advancements in pioneering battery technology, ensures that high-quality data is gathered for the client in the safest, most efficient and innovative technology driven way, the company said.Located at a water depth of 1,300 meters, Block 17 is Total's primary asset in Angola. It comprises four major hubs: Girassol, Dalia, Pazflor and 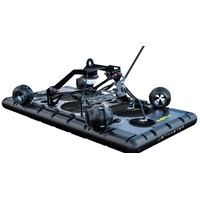 new technology and growing it into new markets and geographies. Besides MPI, Kraken is also engaged with a number of other aquaculture stakeholders, including industry and government agencies, via our OceanVision Ocean Supercluster project. We see significant opportunities for our thruster and battery technology and our AquaPix sonar sensors, SeaVision laser scanners, and SmartCam products within the global aquaculture industry."Thore Standal, MPI’s Chief Operating and Chief Commercial Officer, said, “We have tested a wide variety of competitive thrusters and selected Kraken for their 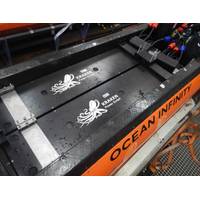 1,300 kWh of batteries to Ocean Infinity. We look forward to continuing to support this important customer and strategic partner.”Josh Broussard, Ocean Infinity’s Chief Technical Officer, said, “This week’s test results mark a milestone achievement. Our new, ground-breaking battery technology has effectively doubled the vehicles’ endurance and capacity to collect data in a single deployment. We now have the capability to conduct AUV missions of over 4 days duration without the need for a battery recharge or change out.“By deploying this technology, we are able to reduce

modules will be operating within the container in conjunction with other electrical and control components. Maersk has also worked in close collaboration with the American Bureau of Shipping - the vessel’s classification society – to ensure safety and compliance.The application of battery technology and the understandings gained can enable further innovation across A.P.Moller- Maersk. We have an interest in working with suppliers to grow these possibilities as the technology matures

for the regulation of the petroleum resources on the Norwegian continental shelf, during the four-week expedition, the NPD has made several discoveries of previously unknown sulphide deposits, and collected data covering large areas. These deposits include metals and minerals that are important in battery technology, wind turbines and mobile telephones.The Mohns Ridge is an oceanic spreading ridge that separates two tectonic plates, and the objective of the expedition was to map the seabed with a view toward mineral resources in the area.The NPD has been assigned the task of mapping and proving deep sea 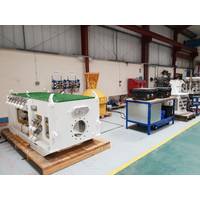 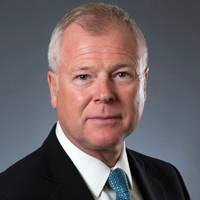 are the prevailing technical trends driving ROV design and development today? What do you need these vehicles to do that they currently cannot do?Keeping with the theme of residency and autonomy, electric ROVs have been around for a long time, but continued advancements in electrical systems and battery technology will be an extremely important enabler allowing increased range, durability, and more complex autonomous operations – ultimately leading to a reduction in surface vessel days. If our customers can use less vessel days in the support of their field development, operations, and maintenance

first purchase order has been issued for $2.5 million and the subsequent purchase order of $6.5 million is expected in early Q1 2019.Karl Kenny, Kraken’s President and CEO, said, “We are very pleased to receive this large battery order from Ocean Infinity to provide pressure tolerant battery technology to their AUVs. Kraken added this battery technology to our product portfolio through an investment in Kraken Power GmbH in Q2 2017, pursuant to which we acquired our current 19.9 percent ownership position. Under the terms of our agreement with Kraken Power, we can increase our ownership to 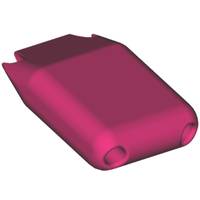 of the latest trends in miniaturization and the relatively low-cost entry into the market. “If I were trying to do this five years ago, it would have been a lot more difficult, and that is probably why more start-ups are entering our market now. There is 3D printing, satellite technology, battery technology and miniaturization on these elements that means in the short-term future it’s going to be much easier to collect ocean data and to mass produce affordable underwater robots to complete all sorts of complex tasks. It’ll be very disruptive to the industry in general. A sea of robots