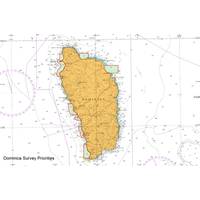 The U.K. Hydrographic Office (UKHO) said it has deployed a motorboat to survey the waters off Dominica as part of the Commonwealth Marine Economies (CME) Program.Following a stakeholder meeting with Dominica’s Maritime Authority and wider government in late 2017 after Hurricane Maria, priority survey areas were agreed to capture seabed mapping data of Dominica’s main ports and approaches.Surveying is expected to continue throughout September, focusing on areas including Roseau, Portsmouth and Soufriere Bay.Data from the survey will be used to update navigation charts of the region, as well 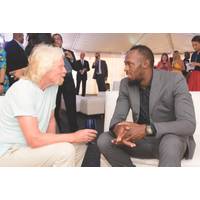 Caribbean nation signed up and a lot of agencies willing to work with them gives a good chance of speeding the process forward," Branson told the Thomson Reuters Foundation by telephone.Partners include the Inter-American Development Bank, private firms and countries from Grenada to Anguilla and Dominica.The effort kicked off by rolling out a handful of projects, including an announcement that Airbnb, the home-sharing website service, was expanding to the Caribbean its "Open Homes" program that matches displaced disaster victims with local hosts with spare rooms free of charge.Organizers 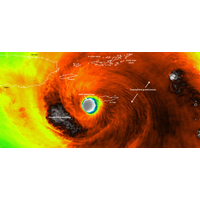 result of its strong winds, heavy rain and high surf. In the U.S., seven direct deaths were reported, and an additional 85 indirect deaths occurred, 80 of which were in Florida. Hundreds more were injured preparing for the storm, during it or in its aftermath. Hurricane Maria ravaged the island of Dominica as a category 5 on September 19, and later devastated Puerto Rico as a high-end category 4 hurricane. It also inflicted serious damage on some of the other islands of the northeastern Caribbean Sea. Maria is the third costliest hurricane in U.S. history, behind Harvey and Katrina. Maria caused 31 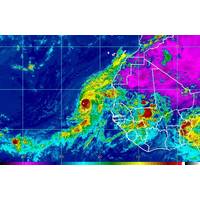 Africa. Fred was the first hurricane to go through the Cape Verde Islands since 1892, according to the official Atlantic tropical cyclone record which begins in 1851.   Tropical Storm Erika dissipated over Cuba on Saturday after killing at least 20 people in the small eastern Caribbean island of Dominica, and one person in Haiti.   Its remnants brought thunderstorms to Florida over the weekend before moving into South Carolina on Monday.   By 9:30 a.m. EDT (1330 GMT), almost 6.5 inches (16.5 cm) of rain had fallen at Charleston International Airport, according to the National Weather 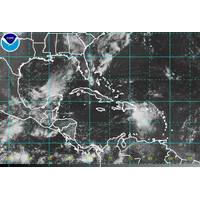 Tropical Storm Erika lashed Puerto Rico and the Virgin Islands with heavy rain and fierce winds on Friday, moving across the Caribbean and apparently heading for the Dominican Republic, northern Haiti and eventually South Florida, the U.S. National Hurricane Center said.   Due to some likely weakening over the Dominican Republic, Erika was no longer forecast to make U.S. landfall as a hurricane. It could still smack the Miami area with sustained winds of 60 miles per hour (97 kph) on Monday, however, before sweeping northward up the Florida peninsula, affecting Orlando's popular theme parks.