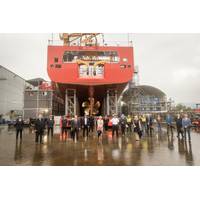 Vessels (OFSV) for the Canadian Coast Guard.The 63.4-meter CCGS John Cabot will next undergo sea trials before its delivery to the Coast Guard later this summer. The vessel will be based in St. John’s, Newfoundland and Labrador.CCGS John Cabot and previously delivered sister ships, CCGS Sir John Franklin, now stationed in Victoria, British Columbia, and CCGS Capt Jacques Cartier, stationed in Dartmouth, Nova Scotia, are the first class of ships built under the National Shipbuilding Strategy (NSS), the Government of Canada’s strategy to renew the fleets of the Canadian Coast Guard and Royal 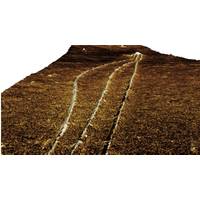 critical infrastructure, which must be inspected regularly.Under a recently signed Canadian government contract for our SeaVision underwater laser imaging platform, Kraken expects to be working with Parks Canada’s Underwater Archaeology Team in the Arctic this summer, as a continuation of the 2014 Franklin Expedition.In the last six months, Kraken has completed several successful demonstration trials and commercial contracts with offshore oil and gas customers in North and South America for laser scanning of a wide variety of subsea assets.PowerSubsea Pressure Tolerant Batteries – SeaPowerCompleted 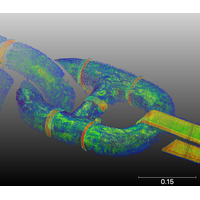 plan to conduct at-sea testing and evaluation of the SeaVision system at a variety of archaeologically significant sites including the HMS Erebus and HMS Terror at the National Historic Site of Canada, Nunavut.Kraken was previously involved in Parks Canada’s discovery of the HMS Erebus during the Franklin Expedition in Summer 2014.The SeaVision system delivers real-time, full color 3D point cloud images of subsea infrastructure with millimeter accuracy. These datasets create highly detailed models for 3D visualization to support complex machine learning and artificial intelligence algorithms used

CCG Adds OFSV to its Fleet

. Jacques Cartier, the Canadian Coast Guard’s newest state-of-the-art Offshore Fisheries Science Vessel (OFSV), the second OFSV delivered by Seaspan."The milestone in the shipbuilding process took place exactly five months and two days after the delivery of her sister ship, the CCGS Sir John Franklin. These two ships are the first large vessels delivered under the National Shipbuilding Strategy, the Government of Canada’s plan to renew the federal fleet with ships built in Canada for Canadians," said a press note.In addition to major partners like Thales Canada who are responsible 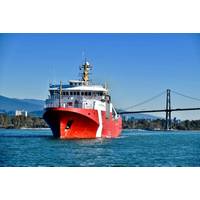 to the Coast Guard later this year, which will enable them to do their critical work focused on the protection, preservation and conservation of Canada’s coastal waters.”This milestone on the second OFSV follows her launch on June 5 and the delivery of the first OFSV, the CCGS Sir John Franklin, on June 27. The CCGS Sir John Franklin is the first large vessel to be built and delivered under the National Shipbuilding Strategy.Given the important scientific work to be performed by the OFSV Class, specific attention is also given during Sea Trials to the extensive array of ship sensors that 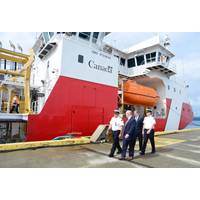 Seaspan Shipyards has delivered Canada's first new Offshore Fisheries Science Vessels (OFSV), the CCGS Sir John Franklin, to the Canadian Coast Guard (Coast Guard).An official handover ceremony took place aboard the vessel attended by the Minister of Fisheries, Oceans and the Canadian Coast Guard, senior officials from the Coast Guard, Seaspan and supply chain partners.The delivery of the first OFSV is the culmination of years of work by hundreds of dedicated Seaspan employees and supply chain partners from across Canada.As the first large vessel to be built and delivered to the Government of 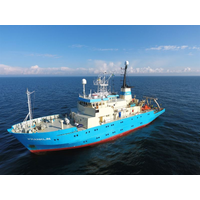 The subsea field work for the Greenlink interconnector, one of Europe’s most important infrastructure projects, gets under way with the launch of the first of MMT’s survey vessels, MV Franklin.The offshore and nearshore surveying along the proposed route of the electricity link between the UK and Ireland is expected to take approximately 40 days, depending on weather conditions. MMT were awarded the contract for the Greenlink Marine Survey (GMS) by Greenlink Interconnector Ltd in August.Further survey work along the 170km marine route will be undertaken by vessels MV Seabeam, MV Edda Fonn 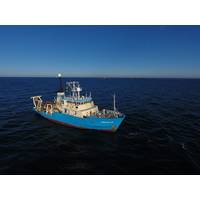 surveyor MMT has completed a geophysical seabed survey and delivered the final report for the proposed AQUIND Interconnector offshore cable route linking the British and French electric power grids.The survey, which commenced in November 2017, involved two of MMT’s high-tech vessels – M/V Franklin for offshore works and M/V Seabeam for nearshore works – and found no major obstacles to the proposed cable route between Portsmouth in the U.K. and the coastal region of Dieppe in France.“This is a major milestone in the development of AQUIND Interconnector,” said Kirill Glukhovskoy 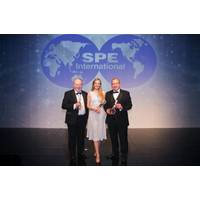 . During his career, Ray has worked for Occidental Petroleum, and subsequently Elf, as an Offshore Installation Manager on two North Sea installations before becoming Field Manager for the Piper and Saltire fields.   He was then appointed operations manager for Total E&P UK’s Elgin Franklin field, followed by an appointment to the company’s executive committee as HSEA director. Ray then joined Nexen in 2011, moving through various roles prior to becoming managing director in 2015. He is also currently energy director at Scottish Chamber of Commerce, operator co-chair of the board