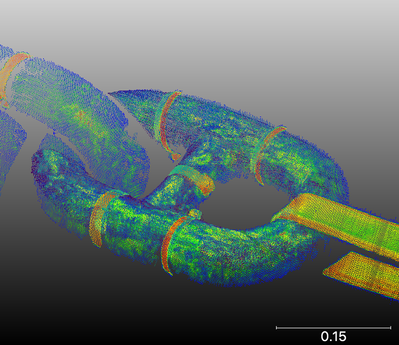 Kraken Robotics subsidiary Kraken Robotic Systems has been awarded a contract valued at $524,720 (CAD) (approximately US$405,500) with the Government of Canada for Kraken’s SeaVision 3D laser scanner.

Kraken said it expects to deliver SeaVision to its test partner, Parks Canada – Underwater Archaeology Team (UAT) during the third quarter of 2020.

Parks Canada and Kraken plan to conduct at-sea testing and evaluation of the SeaVision system at a variety of archaeologically significant sites including the HMS Erebus and HMS Terror at the National Historic Site of Canada, Nunavut.

Kraken was previously involved in Parks Canada’s discovery of the HMS Erebus during the Franklin Expedition in Summer 2014.

Karl Kenny, Kraken President & CEO said, “In subsea inspection applications such as offshore wind, subsea oil and gas and underwater archaeology, we believe that a self-contained, motion-corrected 3D laser scanner on a small powerful ROV offers a significant competitive advantage to what currently is available on the market. It is also a significant quality improvement to purely optical inspection. Existing underwater laser products require a combination of a high-grade navigation payload for motion correction and require a larger stable ROV. Other market solutions for subsea 3D asset reconstruction are based on photogrammetry and inherently have less precision and range than Kraken’s SeaVision 3D laser system. We are confident that SeaVision offers a superior price and performance value proposition.”