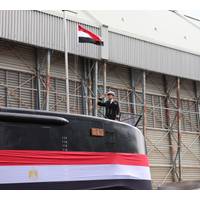 German conglomerate Thyssenkrupp is in talks about possibly merging its subsidiary ThyssenKrupp Marine Systems (TKMS) with a domestic rival to create a national champion.The Thyssenkrupp board member in charge of the marine systems unit, Oliver Burkhard, tweeted earlier that the company was in talks as an alliance could make sense in the current European market environment, with the creation of a national champion one possible outcome.The tweet followed a report by public sector broadcaster NDR which said Thyssenkrupp was sounding out domestic rivals German Naval Yards (GNYK) and Luerssen.A Thyssenkrupp 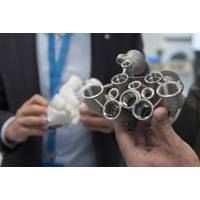 TMS to Use 3D Printers for Submarines

German industrial conglomerate Thyssenkrupp Marine Systems (TMS) plans to use 3D printers increasingly in manufacturing submarine parts. This offers decisive advantages over conventionally produced components.The corresponding quality and safety approvals have already been granted. Through acquisition of the thyssenkrupp TechCenter Additive Manufacturing (in Mülheim an der Ruhr, North Rhein-Westphalia), the required technology and expertise will now come to the Kiel Fjord. It is planned to complete the transition by June 2020.Dr. Luis Alejandro Orellano, COO of thyssenkrupp Marine Systems said: ;s first producer of 3D printed parts for maritime applications to obtain manufacturer approval from DNV GL. This means that thyssenkrupp TechCenter Additive Manufacturing is an DNV GL approved supplier for maritime and general industrial applications. Certification was important for thyssenkrupp Marine Systems as the company is working closely with international customers on the integration of additive manufactured parts on ships and submarines.“Additive manufacturing will have a significant impact on the future maritime value chain. Producing components that have the same level of quality 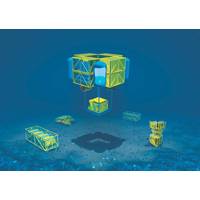 aiming to drive the subsea vehicle market further faster courtesy of a project known as the Large Modifiable Underwater Mothership, or MUM.   “Today’s AUVs are usually limited with regard to energy, payload capacity and autonomy,” said Hendrik Wehner, Design Engineer, thyssenkrupp Marine Systems. “For a sole autonomous movement of the ships, smart software solutions are needed. Our partners from University of Rostock and ATLAS ELEKTRONIK are setting the pace there. Large autonomous underwater platforms that can be configured around a payload do not yet exist. MUM will be 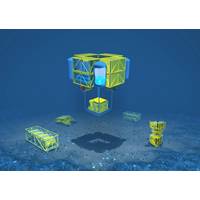 propulsion system to allow for deep dives and long range duration.   “The world’s oceans present a wide range of tasks and questions that cannot yet be addressed because we don’t have the appropriate vehicles and systems," said Marc Schiemann, project manager at thyssenkrupp Marine Systems. "MUM offers a wealth of new options for industrial marine engineering and scientific ocean research. We will equip the floating, wireless underwater vehicle with an air-independent fuel cell propulsion system. Our goal is to develop a vehicle which allows diving depths of up to 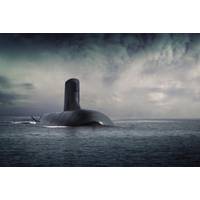 weighed against the German bid. Both losing bidders said they were disappointed by the decision, but remain committed to their Australian businesses. "Thyssenkrupp will always be willing to further contribute to Australia's naval capabilities," said Hans Atzpodien, Chairman of Thyssenkrupp Marine Systems. Japan's Defence Minister Gen. Nakatani said the decision was "deeply regrettable," and he would ask Australia to explain why it didn't pick Japan's design. America's Raytheon Co, which built the system for Australia's ageing Collins-class submarines, is vying for a separate

campaign to illustrate its commitment to build the 12 submarines in South Australia.   "The German industry, backed by the German government felt it would be appropriate to explain to the Australian public the nature of the proposal being made," said John White, chairman, ThyssenKrupp Marine Systems Australia.   ThyssenKrupp is proposing to scale up its 2,000-tonne Type 214 class submarine.   France's state-controlled naval contractor DCNS has proposed a diesel-electric version of its 5,000-tonne Barracuda nuclear-powered submarine.   America's Raytheon Co, which

Defence and security company Saab has today entered into an agreement with ThyssenKrupp Industrial Solutions AG regarding the acquisition of ThyssenKrupp Marine Systems AB (TKMS AB, formerly Kockums). The purchase price is MSEK 340. This acquisition is in line with Saab’s ambition to increase its capabilities in the naval domain. This move further strengthens Saab’s status as a comprehensive supplier of military systems. In April 2014, Saab and ThyssenKrupp Industrial Solutions AG signed a non-binding Memorandum of Understanding regarding the acquisition of the Swedish shipyard

OSI to Deliver TDNS to the Royal Swedish Navy

OSI Maritime Systems (OSI) announced the award of a contract for the Company's Tactical Dived Navigation System (TDNS). The Systems will be delivered to ThyssenKrupp Marine Systems AB as part of a Royal Swedish Navy submarine upgrade program, and includes OSI's subsurface WECDIS software. Navies worldwide have made ECPINS their choice for WECDIS (Warship ECDIS) because of the advanced features and OSI's extensive experience in warship navigation, OSI said. As a result, ECPINS is the fleet standard for many NATO and allied navies including Canada, Australia, U.K. and Denmark, the company added.