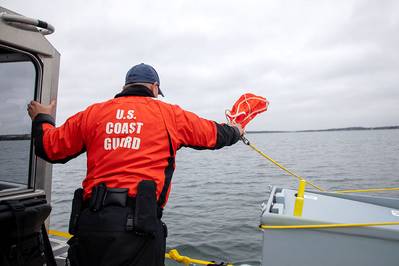 As part of its comprehensive efforts to provide maritime security and protect critical infrastructure, the Coast Guard is looking for solutions that would enable detection of unmanned undersea vehicles (UUVs) in near-shore environments. A limited user evaluation of the Argus system was held April 25 to May 4 on Naval Station Newport’s Pier 2.

The proliferation of unmanned systems poses a threat to littoral areas and requires quick, effective and flexible defense systems. To provide a viable solution to this challenge, Argus employs commercial off-the-shelf active sonars to detect, track, classify, deter and defeat undersea targets and combines it with radar and forward-looking infrared cameras to track surface and airborne targets — all in an expeditionary system.

Argus is composed of field-tested components (sensors, effectors, etc.) that can be tailored to fit specific missions. Its government-developed and owned Crossfire command and control software integrates sensor data into one common operating picture, providing multi-domain situational awareness and critical input to the deter/defeat technologies.

Division Newport’s Ranges, Engineering and Analysis Department, is home to the Argus team of engineers, scientists and researchers who specialize in detection, identification and interdiction of divers, swimmers and UUVs in port and harbor environments.

Also participating in the event were fleet operators from Unmanned Undersea Vehicle Squadron One (UUVRON-1) who operated IVER-3 UUVs as the “threat” to be detected and mitigated. Staff from the Coast Guard Research and Development Center and USCG Maritime Safety and Security Team (MSST) Cape Cod — one of the anti-terrorism teams of the Coast Guard — were on hand to evaluate the system, assess interoperability with their response assets and tactics, and generate feedback on Argus deployment and operation from a Coast Guard perspective. After integration and training with their teams and response boats, the Coast Guard was able to rapidly react to information provided by Argus and perform multiple response maneuvers against the IVERs.

The combined team was able to execute a complete user evaluation, from deployment planning to threat mitigation, within a short time period. Overall, the Argus team achieved their goal of providing the Coast Guard with the decision support information they needed to manage threats.

“Initially we were planning to work with the Coast Guard at Fleet Forces Command Solid Curtain 2021 and when that fell through due to COVID, we were able to take advantage of the limited user evaluation opportunity to get them to use our system, learn it, and see how it might meet some of their requirements,” Schumacher said. “We knew there’d be some synergy there, we saw the potential so it was great to see the teams and the system working so well together.”

For the evaluation, Argus pushed its data to a new mesh network radio system for real-time tasking. The Coast Guard RDC and MSST team went from never using the system to learning it and using it successfully in a matter of days.

Jon Larcom, who recently took over as Argus technical program manager, had previously supported the team on expeditionary testing.

“We had a big lift on this one — lots of new people, new leadership, and new pieces of equipment,” Larcom said. “The team came together under pressure and in tough weather conditions. They really knocked it out of the park. I had worked with these folks under Schumacher for two years as a threat assessment and cyber warfare guy and along with my experience in range security and surveillance, I was well suited to take over where Schumacher left off.” 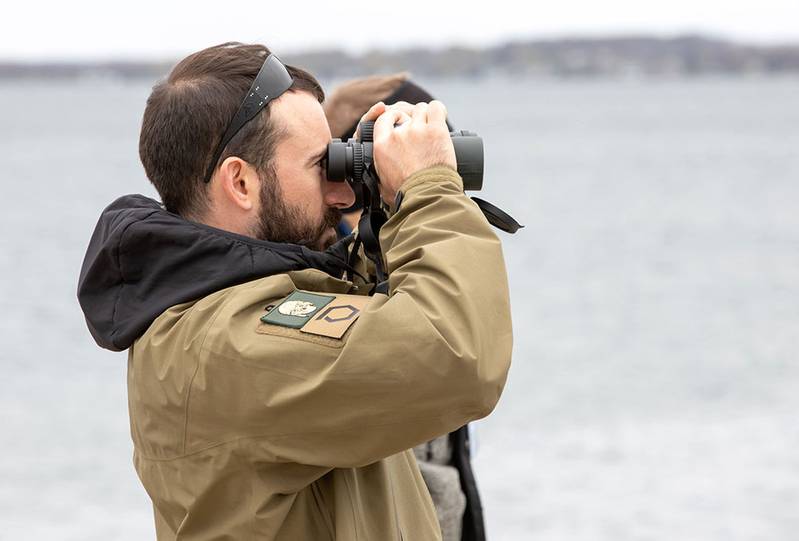 In addition to evaluating the system’s performance, the Coast Guard also wanted to define what resources would be needed for staff to operate Argus. Coast Guard representatives were particularly interested in determining how long it would take to set up the equipment, which includes assembling and deploying the sonar, running the undersea cables, connecting the computers and radios, and mounting effectors on the response boats. Set-up time ranges from four to eight hours depending on weather conditions, networking and staffing.

The evaluation prompted many discussions on what the Coast Guard would do next in a variety of situations — exactly the kind of problem-solving efforts they need to meet their mission requirements.

Mike Coleman, project manager with the Coast Guard Research and Development Center, is part of the team investigating counter-UUV capabilities across government and private industry. Coleman learned about Argus through an Advanced Naval Technology Exercise and he contacted Schumacher to discuss capabilities and the potential of a collaboration.

“We thought the limited user evaluation went according to plan and we met all of our evaluation goals,” Coleman said. “We’re in the process of reviewing the data and Argus after-action report to provide decision support to our stakeholders.”

Staff from the Coast Guard Research and Development Center will continue to follow the development of the Argus system as the team adds sensors and capabilities. Another important outcome of the evaluation is now Division Newport has a better understanding of the Coast Guard’s mission.

“If NUWC continues to develop capabilities — whether it’s Argus or other something else — that can only help the Coast Guard’s port security mission” Coleman said. “It’s not limited to small boats, it’s any counter-terrorism capabilities that would help us. The Coast Guard’s Research and Development Center understands there are 10 warfare centers and I’m sure there are capabilities that we are unaware of and would love to learn more about. And [we] have capabilities and assets that NUWC or other warfare centers might be able to utilize to further their capabilities development. There’s nothing definite but we’ve had a lot of conversations and the Coast Guard is always interested in partnerships that can further common goals.”

In the meantime, the Argus team continues to work with multiple partners to develop passive sonar technologies in order to increase its detection range.

Argus is the current iteration of a long-standing program at Division Newport. Initially developed after 9/11, the program started as a swimmer/diver defense program and has expanded over the years to include aerial interface, UUV detection, and passive sensing. 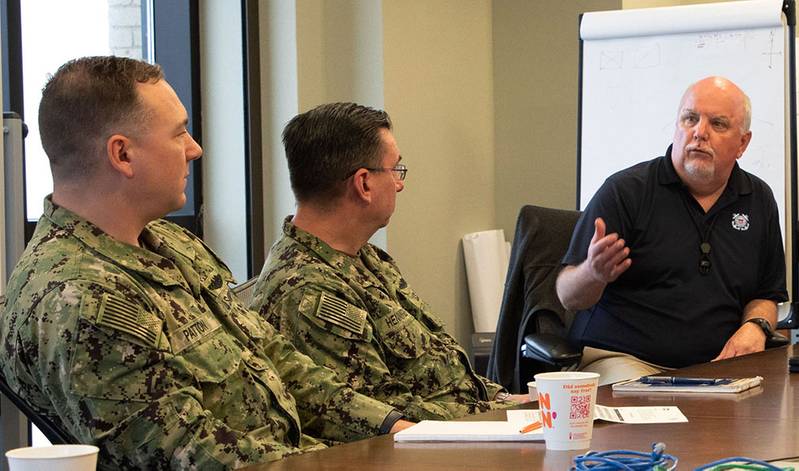