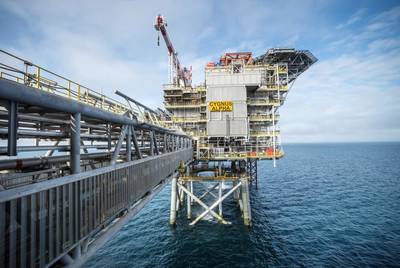 Oil and gas company on Tuesday announced Neptune Energy a new partnership with 3D technology specialist, Eserv, as part of the ongoing digitalization of Neptune’s assets including its operated Cygnus gas platform in the UK southern North Sea.

According to Neptune, specialist engineers and integrity experts now have the opportunity to carry out a significant amount of their traditional work from onshore, reducing the cost and environmental impacts associated with traveling offshore.

"The partnership with Eserv is part of the first phase of Neptune Energy’s strategy to “digitize” its assets and processes and enables remote subject matter expert advice for offshore personnel, and virtual visual inspections and site surveys," Neptune Energy said.

Neptune’s UK Managing Director, Alexandra Thomas, said: “We are excited to be early adopters of such innovative technologies which can enhance the efficiency and safety of our operations, reduce costs and offshore travel, and enable greater collaboration between our onshore and offshore teams.

“The use of digital technologies is particularly valuable at this time, given restrictions on travel and the necessity for social distancing offshore.”

"The digital mapping of the Cygnus gas production platform, which is capable of producing approximately 6% of UK domestic gas demand, is one element of the partnership with Aberdeen-based Eserv. As part of an ongoing digital transition, onshore teams can take a virtual walkthrough of the entire platform, plan work and monitor changes in the physical structure, identifying potential issues early and accurately.

Per the oil company, the AI element of the technology is being “trained” to identify thousands of individual components, valves, and other plant equipment, and is “learning” how to spot potential integrity issues including corrosion.

Eserv’s Managing Director, Dan Millard, said: “Although remote and digital data solutions have come into their own this year due to travel and logistical restrictions, we have been advancing advocates of using 3D data to revolutionize the offshore maintenance and asset integrity space for a number of years now."

Worth noting, back in 2018, the Neptune operated Cygnus platform became the first offshore oil and gas unit available for "visit" via Google Street View, allowing users to tour the platform, learn more about it via explanatory notes and watch offshore workers talk about offshore life.

Based in the southern North Sea, approximately 150km off the Lincolnshire coast, the Cygnus field has been producing gas since December 2016. It typically contributes 6% of UK gas production, enough gas to heat the equivalent of 1.5 million UK homes. Cygnus consists of two installations – Alpha & Bravo.

FLASC, a start-up developing non-battery based energy storage solutions for the offshore sector has entered a collaboration…