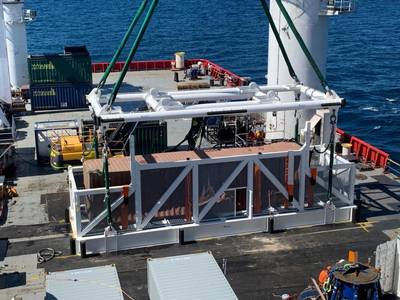 Work is underway to retrieve dozens of containers lost from a containership off the coast of Australia, with the first boxes raised to the surface this week.

The first container was recovered from the seafloor on Monday using a hydraulic crane and rigging, remotely operated underwater vehicles (ROV) and a specially manufactured steel basket, the Australian Maritime Safety Authority said. Another two boxes were lifted in the days following.

The recovered containers are among more than 80 lost from containership YM Efficiency in the Tasman Sea, about 30 kilometers off Australia's east coast, in 2018. To date, 62 containers have been located on the seafloor while another 14 are still missing. Five containers were retrieved during previous recovery efforts.

Salvage company Ardent Oceania has been hired to recover the remaining containers and associated debris from the seabed using the 130-meter offshore support vessel MV Pride, which began operating at the main containers cluster site off the Hunter Coast in New South Wales.

Equipped with a 250-metric-ton active heave-compensating subsea crane and a 35-metric-ton auxiliary crane, the vessel took the first box aboard on Monday. According to the manifest the container is believed to be carrying furniture products, and the second and third containers retrieved over the course of this week are believed to contain tires and paper products. AMSA said the containers will not be opened until brought to a waste processing facility on land.

Locating the containers
A thorough search for the lost containers had been conducted previously using a side scan sonar, and a ROV was used to match the containers with the ship’s manifest. Still, 16 containers remained unaccounted for.

During recent  pre-lift surveillance of one of the container sites, an additional two containers were identified that were previously unaccounted for. This site, initially thought to contain two containers joined together, actually contains four containers as revealed by the cameras on the MV Pride’s ROV. 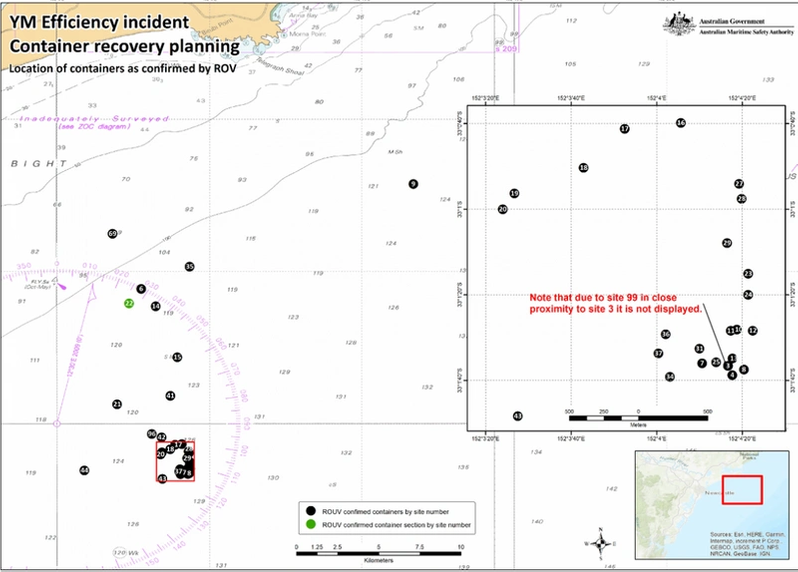 Cause and responsibility
An investigation led by the Australian Transport Safety Bureau's (ATSB) revealed cargo stowage deficiencies caused the YM Efficiency to lose the containers when it encountered five-meter swells off the Australian coast in June 2018.

According to AMSA, the ship’s owners Yang Ming is responsible for retrieving the containers and other associated debris, but the the Taiwanese owners and their insurers Britannia P&I have taken a position that they do not believe that the containers constitute pollution.

With Yang Ming denying responsibility to retrieve the containers, AMSA has stepped in to start the clean-up . AMSA said it intends to recover all associated costs from Yang Ming and its insurers. 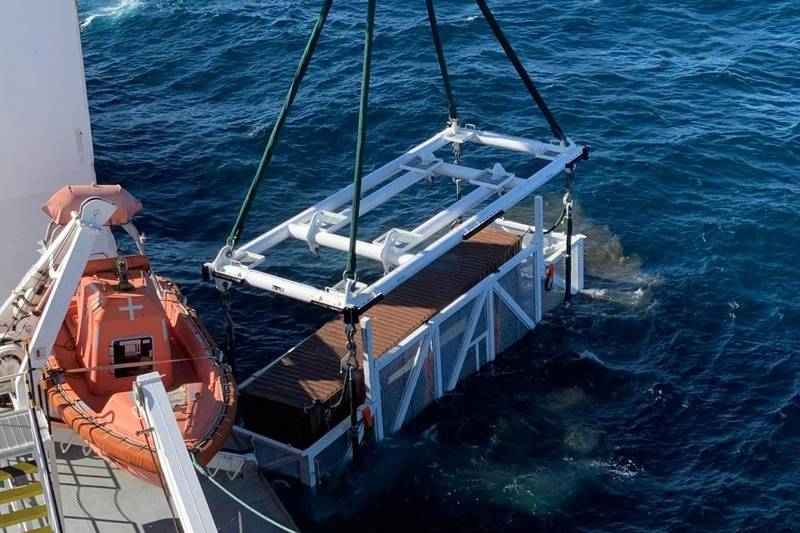