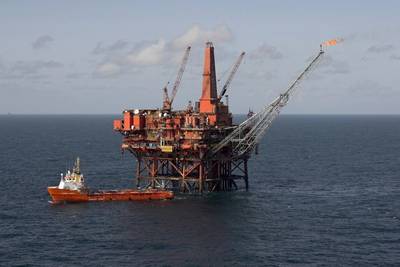 A standard program template for U.K. offshore decommissioning projects has been credited with heralding a step-change for the industry after being formally endorsed by the U.K. regulators and successfully trialed by three international operators for different types of asset.

Decommissioning industry body Decom North Sea (DNS) developed the template in partnership with the Department of Energy and Climate Change (DECC). The new template will help streamline and standardize the format for decommissioning programs throughout the UKCS whilst still fully satisfying regulatory requirements.

The template is already allowing industry to compile decommissioning programs more quickly and easily by presenting information in a consistent and standardized format, reducing time spent on redrafts, improving efficiency and reducing costs.

First to trial the template was BP with the Schiehallion Decommissioning Program, whilst CNRI is currently trialing it to set out its plans for the Murchison Platform. Perenco is also using the template for the Thames Project. All of the operators had positive feedback on the template, noting significant changes and a reduced number of drafts.

An initial draft of the workgroup’s template was circulated to government departments, industry and other stakeholders via DNS members, Oil & Gas UK and DECC. More than 50 responses were received and the comments were collated into a final draft document by DECC and DNS, which was reviewed again by the workgroup before being finalized.

The resulting template allows future decommissioning programs to be prepared and assessed in a more consistent fashion. Operators are being encouraged to trial it during 2013 and feedback from those users will be used to further improve the template. It is hoped that the template’s use for non-derogation cases will become mandatory in 2014.A streamlined template for derogation cases is also under development.

Though it was only officially issued for use in January 2013, we were given permission in December 2012 to trial it.

Roy Aspden, Decommissioning Projects Manager, CNRI, said, “The template’s format has enabled us to set out our proposals for the Murchison platform clearly and concisely, making the decommissioning program easily accessible to our stakeholders and significantly reducing the reading burden without compromising essential information. It has also provided a helpful focus for CNRI’s meetings with the regulator during the development of the program.”

It is hoped that, in time, the template could also be adopted for use in other European countries (albeit with some minor alterations perhaps being needed), helping operators and contractors alike to standardize their efforts across the North Sea.

Building on the success, DNS has established a projects sub-committee looking to move forward similar projects. They are currently canvassing ideas from the membership.

The forum is also continuing its focus on synergy and knowledge share at its annual Offshore Decommissioning Conference, in partnership with Oil & Gas UK, at St. Andrews from October 1-3. With a number of panel discussions and networking opportunities, the event will focus on collaboration and promoting knowledge share and best practices among decommissioning operators and supply chain members.

Decom North Sea will be exhibiting at Offshore Europe, in Aberdeen from September 3-6, on stand 5C100.