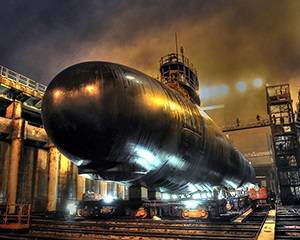 The submarine North Dakota is the 11th ship of the Virginia class, the first U.S. Navy combatants designed for the post-Cold War era. Unobtrusive, non-provocative and connected with land, air, sea and space-based assets, North Dakota and the other Virginia-class submarines are equipped to wage multi-dimensional warfare around the globe, providing the Navy with continued dominance in coastal waters or the open ocean.

Electric Boat and its construction partner, Newport News Shipbuilding, have delivered 10 Virginia-class submarines to the Navy, and have contracts for eight additional ships.